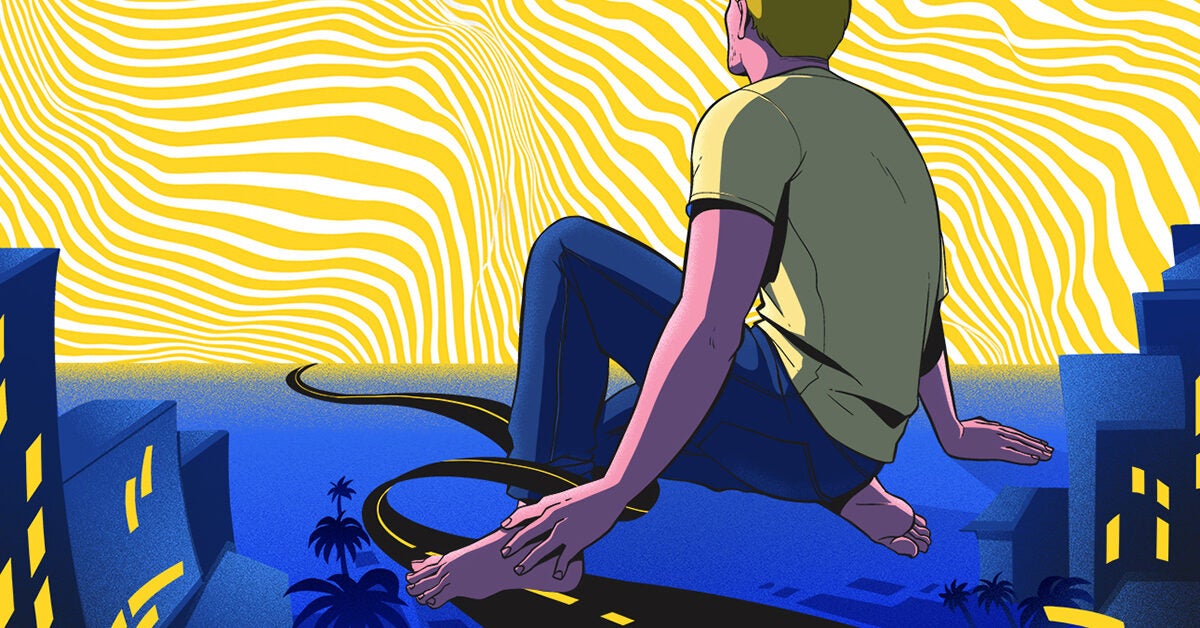 In October 2019 when I was in Mexico City, I broke the bones in my left ankle. It happened because of an … let’s just say embarrassing (if not stupid) accident, but it’s neither here nor there.

Although I arrived at the Ruben Lenero Hospital on an atmospherically different pre-pandemic early afternoon, the sun had set long before anyone saw me.

Finally, a resident came over, did a quick check on my ankle, said something in Spanish, and immediately had me pushed into a stretcher. I looked at my friend who had been with me, hoping that she would have more answers than me. She told me to relax ̵

1; and they would try to set the bones.

“What about pain medication?” I didn’t ask anyone in particular. I got no answer until the resident grabbed my foot – which was dangling from my calf in a disgusting corner – and twisted it hard.

I had felt pain before, but it was beyond anything I could have imagined. Someone thrust a roll of gauze into my jaw to bite into, but I screamed too much to hold it in place.

The resident kept twisting my ankle and trying to get the bones back into position. I would have given anything in the world to stop the pain. Everything in the truest sense of the word.

I would later learn that there was a shortage of pain medication in Mexico, hence the lack of anesthesia. I had to endure the painful twisting process two more times before they were done – and then I (mercifully) passed out.

I spent the next 10 days in one of Mexico’s public hospitals, waiting for an operation with 14 other patients. Many of them had been there for weeks.

Nobody spoke English and I hardly speak any Spanish, but few experiences in my adult life have influenced me so profoundly.

I am just as prone to misery as anyone. This may seem obvious, but when you’ve spent the better part of two decades living dangerously and barely escaping disaster, it’s easy to misplace your sense of mortality. And once a terrible memory of it emerges, people – perhaps especially those who suffer themselves – can be humbly heroic in ways both small and large.

It would take far more words to describe my time in the infirmary in detail than I have here for our purposes. So let’s take some kind of impressionistic approach:

Javier – a 45 year old who walks around with his ass hanging out and stares into his food like it is a crystal ball. We had to remind him to eat. And I had to remind myself not to take food for granted.

Lorenzo – he had a broken leg, but was only worried about the pain of his fellow patients (“Tienes dolor?”). He was amazed to learn that weeds are legal in my home state, Washington.

Across from me was a teenager who had a broken pelvis. I never got his name, but I will never forget the thumbs up he often gave me.

Irving – another young man with a broken collarbone who insisted that I take some of his smuggled marzipan because he was concerned I wasn’t eating enough to heal.

The whole ward seemed to be in agony the night the hospital ran out of pain medication. This was also the night I happened to have an operation. It was dawn when a booster dose finally arrived, bringing with it sleep.

With Frankish plates and screws holding my ankle bones in place, and no plaster cast or boots to protect, I was released to recover at my Mexico City apartment.

I had broken my humerus a decade earlier (I’m not a daredevil, I promise). I gained a lot of weight while recovering from this injury. This must have done something to me because this time I was more concerned about losing weight than healing properly.

So I began to strictly regulate my diet. Within two weeks of leaving the hospital, I was making daily crutches or wheelchairs to the gym, four blocks from my home. I doubt my doctor would have agreed, but I’m notoriously stubborn.

Six weeks passed while my friend was upset that I was trying too hard on my recovery. I insisted that I have this while fully aware of my stubbornness.

However, I was losing a sense of humility and an increasing appreciation for my limits. A few falls, moments of pain, and the fear of having to start again in first place will do this to you. When I finally tried to put weight on my ankle unassisted, it was terrifying, but I was delighted to find that I could stand on both legs.

A few weeks later, I got on a plane to Bangkok, carrying the weight of my backpack and guitar with me. Every uncomfortable step I took through the airport cast new doubts that my ankle would hold, but I ignored it. I had planned to be in Thailand by the end of the year to work on a writing project and nothing could stop me.

I arrived on December 31st and all I could do was watch the New Years Eve fireworks from my bed. With every colorful explosion (and the tiny explosions in my ankle) the realization crept in – I really shouldn’t have hastened this recovery.

One night, after weeks of progressing with my self-made physical therapy program, I was walking down one of the uneven cobbled streets of Bangkok.

I made a misstep and twisted my ankle. Pain and fear immediately carried me away. I was suddenly back in that hospital in Mexico City and my bones were set. I experienced the uncertainty and panic again and again.

I staggered aimlessly, trying and failing to calm down. But I had enough presence of mind to realize that this is PTSD – a sudden teleportation back to the moment of my most terrible pain. Even if I knew, I couldn’t escape it.

I hobbled desperately into a barbershop that was open late. It was quiet inside, and similar to the hard plastic beds in the infirmary, the room had about half a dozen reclining seats on each wall. But unlike the hospital beds, these chairs looked soft, comfortable, and inviting.

The young Thai barber looked at my limp and then at my panicked face and motioned for me to sit down. I asked for basic supplies, but he gave me a haircut, shave, and even a quick shoulder massage which instantly calmed me.

For those few short minutes, I felt better. The pain in my ankle subsided and I was able to calm my mind. I wanted to pay the barber for the extra service, but he didn’t pay a dime for what a trim cost. I thanked him in my bad Thai and carefully went home.

I have no idea if I would have found this barber shop if I hadn’t twisted my ankle, but I’m glad the barber’s door was open. Sometimes the best someone can do is keep your eyes open to see someone else’s fight.

That was 8 months ago, right before the world hit a full blown pandemic panic. Today I am much more mobile, although I (persistently) have never met a real physiotherapist. There are still painful days and moments when panic occurs.

Even so, my experience gave me a transformative value that I couldn’t foresee. I have learned something essential about myself, about my strengths and weaknesses.

I have an individualistic streak that can be pathological if not activated. Sure, self-sufficiency has its value, but at some point the outsider mindset can begin to approach a delusion.

Recovery is a process. It’s easy to forget that a process takes time and that time is seldom spent alone.

Realizing kindness also requires slowing down. Even if the surroundings and circumstances are not ideal, the people who are there to offer for a moment of recovery from the storm should not be missed.

Nick Hilden is a travel, fitness, art, and fiction writer whose work has appeared in the Los Angeles Times, Men’s Health, Thrillist, Vice, and others. You can follow his travels and connect with him on Instagram or Twitter.

The 30/10 MVP meal with Paul Kita and Tristen Epps

15 Best Moisturizers For Rosacea That Are Dermatologist Approved