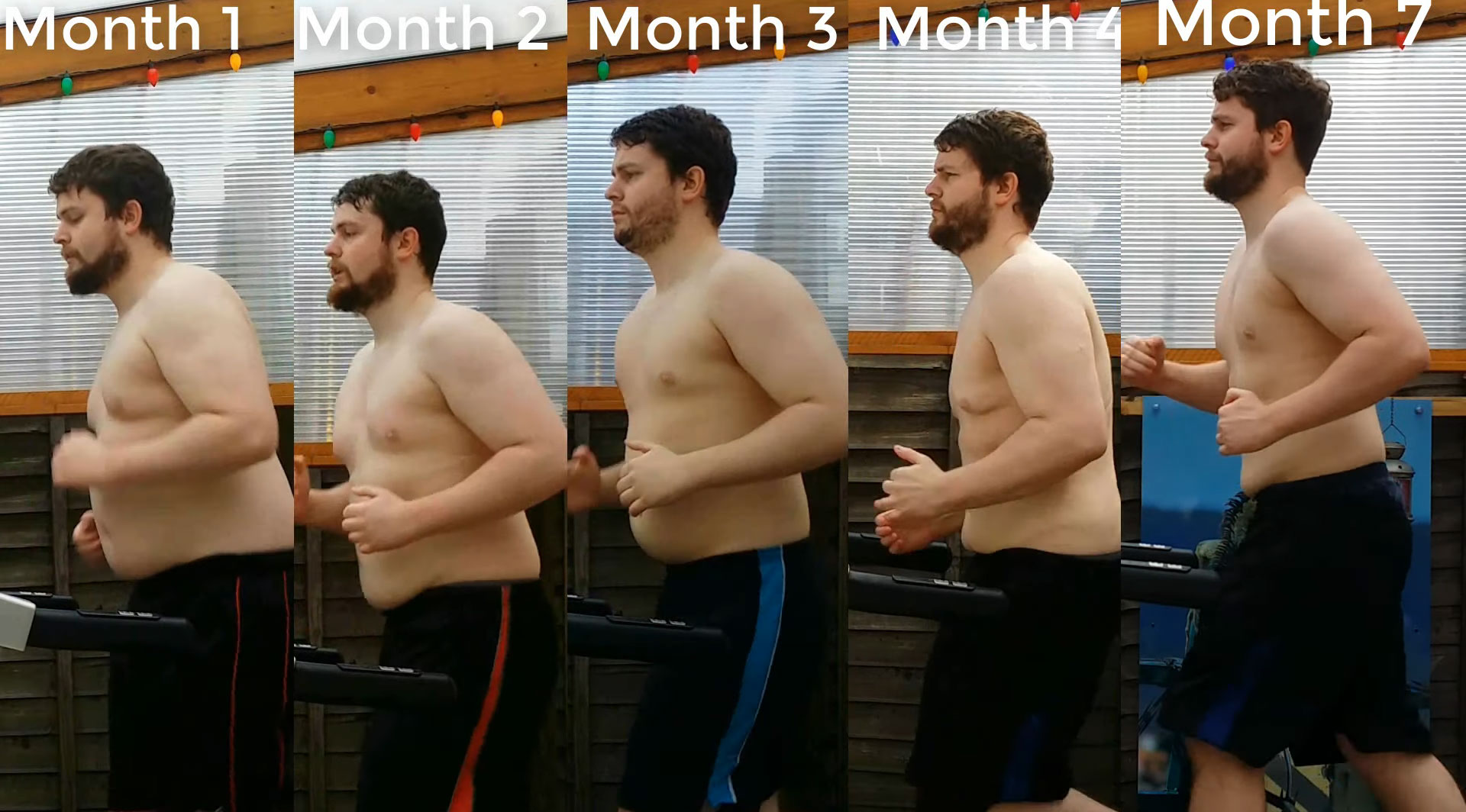 We are big fans of losing weight stories, but most of the time we can only see some before and after photos. Very rarely can we see someone's body transform right in front of our eyes.

So it was cool to see Billy Richards' six-month time lapse of his nearly 50-pound weight loss journey, which he achieved by running on the treadmill almost every day. The video literally shows his stomach getting smaller by the day.

Richards, who lives in London, started running on January 1, 2019, after fixing a New Year resolution to lose weight. He started at 1

You can watch his time-lapse video here and check some before and after shooting at the 7:50 mark.

Richards says that not only did he run on the treadmill, but he also lifted weights to light his fat. As great as this success story is, it was not all smooth sailing. Richards says he suffered some setbacks and sometimes gained some weight, but always returned to the track.

According to the Daily Mail he now weighs about 188 pounds. He told the tabloid that he now had more energy and was much happier. "Everyone said that I look great now, they've noticed a big loss in my face," he said. Richards shows everything in this video in the truest sense of the word. Most people would not dare to show the world their shirtless body when they are not in perfect shape.

In addition, Richards shares the Internet with the difficulties he faces on the move. Pretty brave, if you ask us.

In a follow-up video, Richards reveals that he wants to weigh 154 pounds by the end of the year, so there are about 30 pounds left. He also wants to do 20 pull-ups in a row before 2019 is over and put 155 pounds on the bench for five reps.

With the commitment Richards has already shown, we have no doubt that he can achieve those goals – or at least very close.