The ups and downs of the finite fit 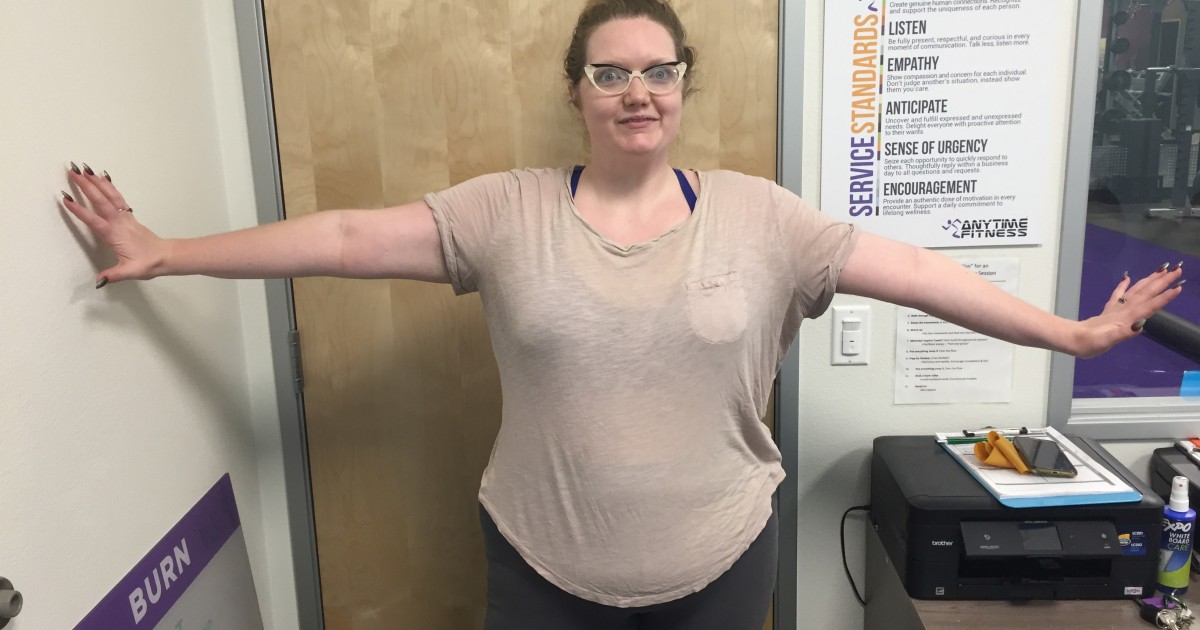 The last two weeks were full of ups and downs , Fortunately, the heights are more exciting than the lows, though the number of irrational tears I cried made it seem different.

Dr. Peeke (the angelic doctor mentioned in previous chapters) did it again: First, I still email her every day, and she touches me twice a month to make sure everything is going well and all my questions answered , That alone was incredibly helpful.

She had an idea at the end of December. Now that I have lost some weight, have given my life significant activity, and have not been distracted from the idea of ​​going for a walk, Dr. Peeke, it is time to strengthen. So she asked people at Anytime Fitness if they could connect me to a gym membership and a trainer … for free.

Peeke is made of magic, the people of Anytime Fitness agreed and suddenly I have a gym membership for a year and personal trainer, with whom I will work three times a week ! For free !

First, I told the people at Anytime Fitness that I would probably mention them in this column (because the point is to document my weight loss adventure and suddenly spend days in the gym definitely has an impact on this trip. But I never have to talk about it and there is no doctoral contract. "Slim Chance" is not promised a commercial in the gym, unless a gym out there wants to pay me like a million dollars, if that's the case I happily sell. (Sorry, Greatist.)

Anyway, I get a free personal trainer! This is amazingly lucky and I still can not believe it.

But there is still a part of me that one is a bit suspicious because I have had exceptionally bad experiences with it in the past.

I joined When I was 19 years old, I got a big one s gym. I had never done anything like this and thought it would be fun – but the next hour was all my nightmares in the gym.

Despite my complete lack of experience and obvious non-being, the coach was relentless. He would not listen if I wanted to stop, I could not even sit down for a second, and I had to beg for a water break. After my brief sip of water, I sat down on a nearby bench, desperately trying to catch my breath. The coach looked at me with such disdain – how could I commit such a sin by sitting in the middle of a meeting?

At the end of the lesson, I felt like I was dying. Normally I felt good after training, although it was really hard. Not this time. I was full of anger. "I'll never do that again," I said.

About six years later, my memory of this anger subsided and I decided to train again. This time I trained consistently and wanted to start with my stagnant weight loss. I also had severe knee pain and had to improve my fitness. At our first meeting I told my coach all the important details, especially the stuff about the knees. She nodded politely and then put me on the Stairmaster – the knee-deepest thing in the world!

When Anytime Fitness started using Kaori Takee as my new trainer, I was determined to make this a better experience. I immediately told her that I was out of shape, had to start slowly and that there were many things I could not do yet. Of course, I'm glad I'm being pushed, but I'm not training for the fight in the MMA, so at the end of our sessions I should not feel the cold grip of death.

Kaori listened, took notes and started a fitness assessment. After watching me do 10 squats, she did all of my main problems and made adjustments that I never thought of. I found out that I had done everything wrong with Planken, but Kaori corrected my form without being obtrusive or intrusive.

During the session she let me go at my own pace. And that pace was slow. But Kaori understood immediately when I had to stop and when I needed an extra boost. In short, she's the exact opposite of any other coach I've met.

Although my personal training sessions were really good (I've completed four so far), that does not mean they're not heavy and they are really tough for me. My body is basically loose Jell-O with hovering grapes in it, and these grapes are my muscles. They are there, but they can not do much if they are surrounded by a thick layer of gelatin.

Every exercise amazes me how little my body can do. During training, I have to resist thinking, "That's so sad. Why are you trying it? Kaori thinks you're an idiot. Why bother? "

While we were doing some sort of" dog peeing on a fire hydrant, "I almost burst into tears. Because I could not believe it was just so hard to lift my leg. Later, I felt dizzy (after another harmless-looking move). Then I got frustrated because of dizziness, which made me feel frustrated. So I began to cry, which made my chest tight, making breathing hard, which increased my dizziness tenfold. The whole mess during the training!

Anyway, my mental health was not great, but everyone in the gym was very nice. I have to get my negativity under control and turn it over.

I also gained two pounds this week. Guh. Now my food has slipped a bit. Nothing huge, but it's obviously not great. And this new exercise routine (about six days a week: three days of personal training for an hour, then 40 minutes of cardio on the other three days in the gym) made me incredibly tired. How serious, my eyes and brain hurt and I have to take a nap. That made me less motivated to cook, so I relied too much on the dinner of a cheese spread and a spoonful of peanut butter.

I know that I will lose those two pounds and many more. It's a reminder that I need to be aware of my eating habits. But more importantly, I have to return to a more positive attitude. And I try it.

If I am frustrated or tired before the most basic workout, I will remember that it can only go up from here. I'm curious how strong I get physically and mentally. It all happens slowly. Very slowly. But I know that I can get there.

Amber Petty is a L.A-based writer and a regular contributor to Greatist. Follow her as she describes her weight loss journey in her new bimonthly Slim Chance column. Join Sing a Different Tune for her voice lessons and follow her on Instagram @ambernpetty.