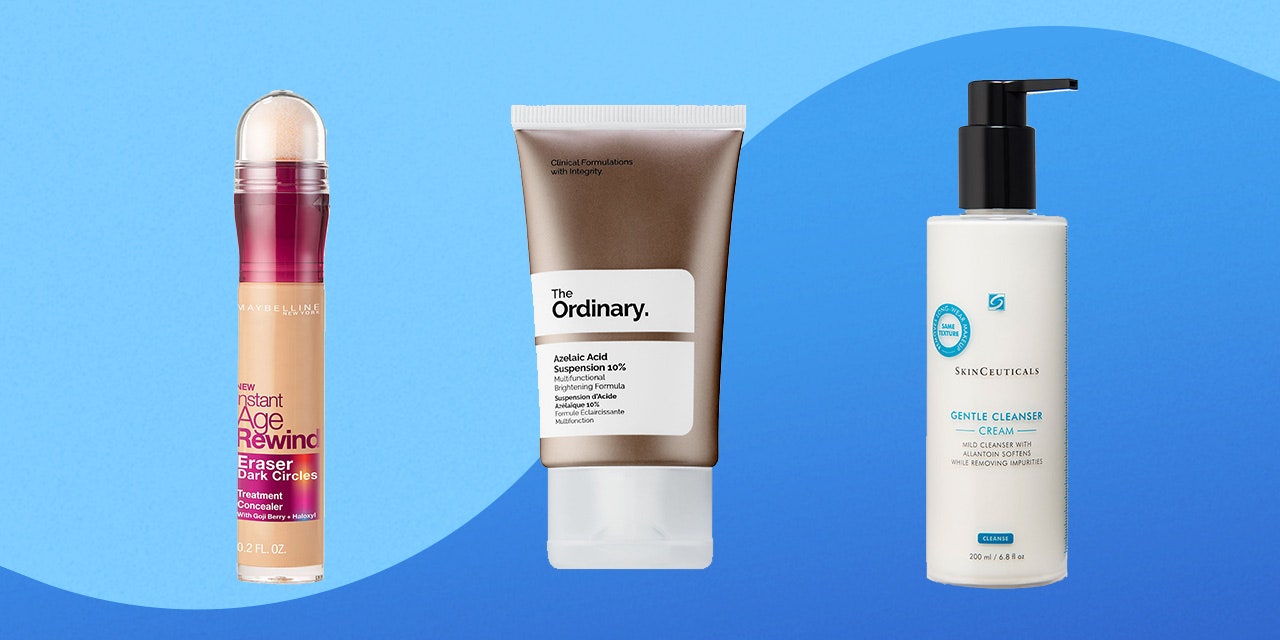 Several years ago, with Foundation I went through the most difficult, lengthy and painful parting of my life. I had basically worn it every day of my senior year of college to cover up my inflamed cystic outbursts and distract from the constant, low (and sometimes high) existential panic, inevitably entering the real world. 19659002] But a few years later, I realized I needed to change something. My skin only got worse – even after I had changed the foundation again and again. So I decided to give it up.

Do not get me wrong: I like the usefulness as well as the creativity of make-up and basically wear makeup every day! (Make-up tutorials are, after all, still one of my favorite forms of ASMR .) I just realized that I wanted to prioritize the treatment of the underlying issues – in my case acne and what was eventually diagnosed as Rosacea – instead of just focusing on covering her up. I wanted to make sure that the products I used did not make my skin problems worse, even though I sometimes wanted to cover them up. Unfortunately, the foundation only seemed to make my skin worse.

At first I felt unprotected and a little embarrassed by moving to the trench foundations. So I relied more on concealer to make my deep cystic acne less prominent along my jaw. But over the next year, I gradually saw these cysts disappear.

Of course, it's hard to say what really made a difference. During this time, I also experimented with diluted tea tree oil on my skin for acne, switched to a new form of hormonal contraception and learned to cook at home with nutritious oil ingredients like an adult me through two failed rounds of couch on 5K and finally, really and truly committed to the therapy. So, it has been a transitional period in many areas of my life and no doubt all of these things have somehow helped my skin.

But I still had to deal with occasional breakouts, especially on the nose and cheeks. So, for the first time, I went to a real dermatologist who diagnosed these as rosacea bumps rather than acne. And as it turned out, all the hard products I used dried and irritated my skin, which only made rosacea worse.

Today, my skin is generally what I would call clear. My rosacea has overtaken my acne as my main cause of skin care, but I still get occasional jaw rupture. At this time, for almost five years (outside of some special events), I have not worn any foundations, which would have surprised Sarah's hell of 2014.

Here is the combination of skincare and make-up products. I currently rely on my skin every day to look as healthy and clear as possible – without the feeling that I have to hide it.

All SELF products are independently selected by our editors. If you buy something through our retail links, we may earn a partner commission.