Pregnancy with Crohn's disease means accepting a lack of control 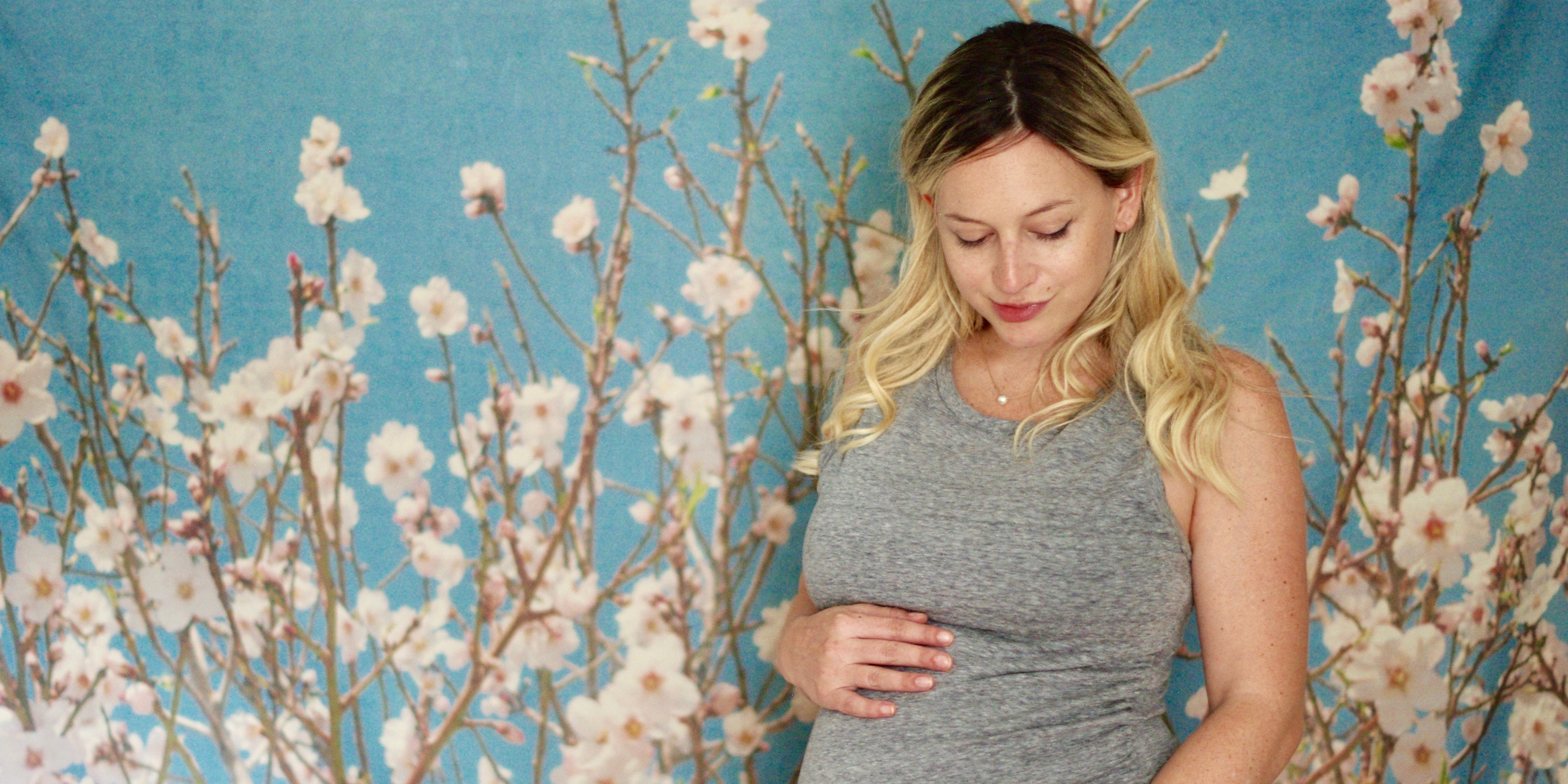 Nearly two years ago, I was sitting in the emergency room with a fever of 102.5 degrees Fahrenheit. One hand gripped my stomach, the other grabbed my husband's hand. A nurse led me behind a curtain.

"In how much pain are you?" She pointed to the pain scale from zero to ten, with faces among the numbers ranging from smiling to crying.

These agonizing abdominal pain sent me to the emergency department two more times within a few months before the doctors found out I had sepsis due to Crohn's disease]. On my first two visits, the doctors found that the symptoms of my Crohn's disease only got worse and sent me home as soon as they lowered my fever. But in the end, after many tests, I realized that I had to undergo surgery to remove part of my small intestine that was irreparably damaged.

Crohn's disease is a chronic inflammatory bowel disease that causes my body to attack me digestive system. The symptoms can agonely vary: abdominal pain, diarrhea weight loss, anemia, fatigue and more. The causes of Crohn's disease are still unknown, although it is believed that those of us with this condition have a compromised immune system that inadvertently damages our digestive tract. More clearly, Crohn's disease can cause serious complications, like the hole that cuts through my gut. This medically known fistula caused a sepsis infection that landed me in the emergency room.

"You should have been in the intensive care unit," my emergency doctor told me after I received my sepsis diagnosis. "You are lucky that you came in when you did it." Until then, my Crohn seemed to be under control. I was fine – until I was not.

The experience shook me deeply. I got the feeling that my health and safety had escaped not only my hands but also my doctors.

I was diagnosed with Crohn's disease when I was 17 years old. I had common symptoms like diarrhea and fatigue, but they were mild enough that I had problems mainly in socializing. My Crohn's Disease Became An Embarrassing Thing I wanted to avoid talking to anyone other than my mother and my doctors about dairy products and fried foods. I also took Corticosteroids to keep the inflammation of my body in check. For a while, it worked so well that I did not really identify myself as a person with Crohns. When I spent my 27th birthday in the hospital 10 years after my diagnosis, I realized that I could not put Crohn in the back of my head. I could have gotten into septic shock which can be life-threatening. Why had not I realized that my body was trying to warn me until my fever and pain became so intense?

After my operation, I was told that I could best avoid future Crohn's emergencies by using some sort of immunosuppressant called a biologic to reduce the characteristic inflammation of the disease in my body. Now every two weeks, my husband injects me with my biologic on a strict schedule. Thanks to this treatment, my Crohn's disease is inactive. In Crohn's language, this is also referred to as remission which means that I am fortunate that my biologist has eliminated my symptoms. But that too has a price.

My biologic inhibits my ability to fight tumors, including cancers such as melanoma that occurs frequently in the Sunshine State where I live. As a result, I get a blood count every three months to look for cancer markers, and I also get frequent skin examinations at the dermatologist.

I must stubbornly be careful to plan these blood draws and dermatology appointments. Make sure I call my doctors when I have questions. Make sure I'm the polite but squeaky wheel so nothing is overlooked or left out. Make sure I have enough of my biolog in my fridge. Make sure I can take it with me when traveling (and cool enough when I do). Make sure I always have solid health insurance, because without it I can not afford the medicine. Double check. Triple check.

The emergencies and treatment of Crohn's disease made me a kind of busy person whom I had not seen before. Sometimes I worry about being perceived as a control freak or hypochondriac (yes, I'm worried if I'm worried). But I thought the only way to keep up to date as much as possible was to be the detail-oriented person who hauled a high-performance planner away and refused to drop anything about her health through the cracks.

Then I became pregnant.

I was waiting to conceive until my Crohn's disease was inactive. "The key in patients with Crohn's disease is that they are in remission [before] and are starting to get pregnant," says Robert Atlas Senior Physician and Department of Obstetrics and Gynecology at Mercy Medical Center in Baltimore SELF. "We do not want active torches of Crohn's disease during pregnancy, if we can help."

After getting pregnant, my gastroenterologist recommended that I continue taking my biologic to treat the disease. Although the current research is somewhat limited, no significant side effects have been reported in [19459-04] pregnant women taking these medications. The recommendation of my gastroenterologist also complies with the proposal of the American College of Obstetricians and Gynecologists to continue this type of immunosuppressant during pregnancy when the benefits outweigh the risks. I know that I do everything that my doctors recommend for my own health and that of my baby, but that's not always enough to calm my thoughts.

I imagine that somebody is somewhat worried when he becomes pregnant. However, it was difficult to maintain my remission while trying to make everything right for my baby, from the daily intake of prenatal vitamins to every milestone doctor's appointment (in addition to those I already have to attend). I am also afraid that I feel more deprived of control at birth. In the early stages of my pregnancy, I thought a planned caesarean section might be the answer, but it turns out that this is not necessarily the simple and predictable option that I had hoped for.

I am very happy to welcome our first baby soon. I can not only be excited. Like many other people who have undergone something traumatic, I always wait for something to go wrong. Sometimes I stayed up at night and wondered if I was worried. Will my baby do it? Will we be alright?

At this point I realized that Crohns will always be part of my life and put me to the test on the way. But I also learn that sometimes I have to let go of my need for control because it is impossible for me to influence the outcome of every question mark in my future. Instead, I try to control what I can, for For example, take my medication and meet all the appointments of my doctor. And through Therapy and a yoga practice, I try to let go of what I can not.

The more I think about it, the more I realize that it has given me all A glimpse into the uncontrollable nature of childbirth and motherhood, as well as a deeper understanding of the roller coaster struggling with chronic disease. To adapt my expectations to my life and my health will always lead to new challenges.

At the beginning of my pregnancy I sat in a prenatal yoga class in Reclining Queen stance with a gently resting lavender eye mask on my face. "Birth is devotion," said my teacher. "How deep can you surrender?" The question of my yoga teacher goes through my mind every day and brings me closer to the birth of my baby. Her words remind me that I've embarked on a wild and beautiful journey that can teach me so much. How deep can I submit ?

I work on it and challenge myself every day to trust my body and the medical community again. That's all I can do.

Annalize Mabe is a writer and teacher from Tampa, Florida. It can be found at @AnnaliseMabe on Twitter @ Annalize.Gray on Instagram and at annalisemabe.com .