Ms. commissioned rare, deadly brain-eating amoeba from the use of neti pot with tap water 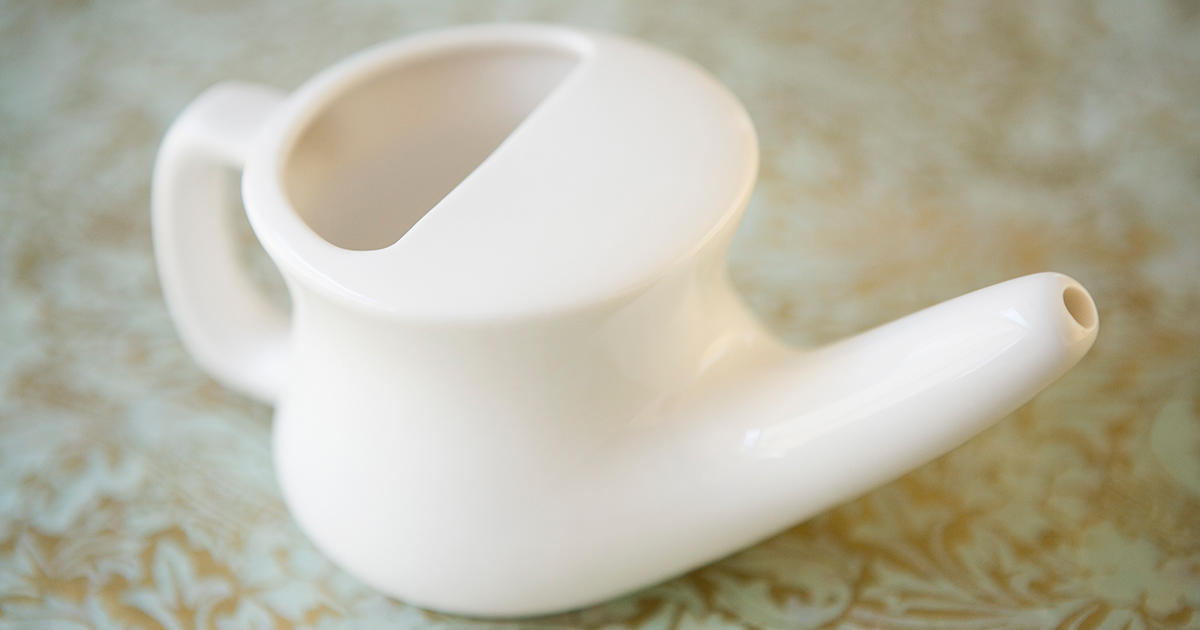 A Seattle woman with sinusitis tragically died after suffering a rare brain-eating amoeba.

The 69-year-old woman first developed persistent sinusitis, which caused the doctors to prescribe her with a commonly used neti pot to rinse her sinus, according to a case report published in the September International Journal of Infectious Diseases [19659004]has been published.

Instead of using sterile water or saline, both are recommended when using a neti pot. The woman reportedly flushed her nose with tap water filtered from a Brita water purifier, the case report states. (Skip the Benadryl! Natural ways to relieve the congestion)

After rinsing out her sinuses for a month with unsterilized water She allegedly had a rash on the bridge of her nose and raw skin near her nostrils is a skin condition called rosacea.

When the rash had not disappeared even after several visits to a dermatologist and biopsy, the doctors became baffled by their mysterious health dilemma.

Things got worse for the woman a year after the rash first occurred seizure. According to the report, the woman never lost consciousness, but could not function cognitively and shivered on the left side of her body. (See also: Doctors Are One Step Further Towards a Pneumonia and Sinus Infection Vaccine.)

.5 cm lesion in the brain, the researchers said in the report. The doctors initially believed that it was a tumor, also because breast cancer was allegedly in the family of the woman.

However, during the operation, they soon learned that the mass contained dead brain tissue, making the diagnosis even more difficult. The medical team then took a sample of the mass and sent it to Johns Hopkins University neuropathologists for further analysis. (See also: Montel Williams is "blessed to be alive" after the life-threatening cerebellar hemorrhagic stroke)

From then on, the woman's condition began to deteriorate as Johns Hopkins' team reported the mass as a possible amoebic infection. She was immediately admitted to another brain mass removal surgery where doctors found "clear evidence of amoebic infection and dramatic hemorrhagic necrosis."

"Despite aggressive anti-amoebic therapy, the patient's condition continued to deteriorate," the report said. "Within a week she was sleepier and then became comatose, at which point the family decided to withdraw the support."

After the woman died, laboratory results showed that her infection in her brain tissue and her nasal rash were due to an infection called amoeba Balamuthia mandrillaris .

According to the Centers for Disease Control and Prevention (CDC) Balamuthia was first discovered in 1986 and has since been reported in approximately 200 cases worldwide in 70 confirmed cases in the United States.

B. mandrillaris described in the report as "extremely uncommon" and "uniformly fatal" is said to be very difficult to recognize and learn because of its similarity to other cells and tumors. The CDC even notes that the infection is so uncommon: "It's possible that there were additional cases that were misdiagnosed."

The senior case report author Charles Cobbs, MD, who is a neurosurgeon at the Swedish Medical Center is in Seattle. LiveScience said he suspected that the woman had contracted the deadly infection because she had used the unsterilized water in her neti pot, as the amoeba could have been in the tap water.

"It's so rare that I've never heard of it," Dr Cobbs told the outlet.

A representative of Brita did not respond immediately to the request of PEOPLE for comment.

Currently, the CDC says that there are no known ways to prevent the infection by its mysterious nature of contraction.

While the case seems unbelievably scary, because so much of it was unknown, Dr. Cobbs is an important thing for those who use neti pots and are worried about moving forward. "People should just go about their normal lives," he told LiveScience. However, if you use the nasal washer, be sure to use "sterile water or saline."

This story was originally published on People.com by Joelle Goldstein.