Manny Pacquiao against Adrien Broner confirmed for the 19th of January 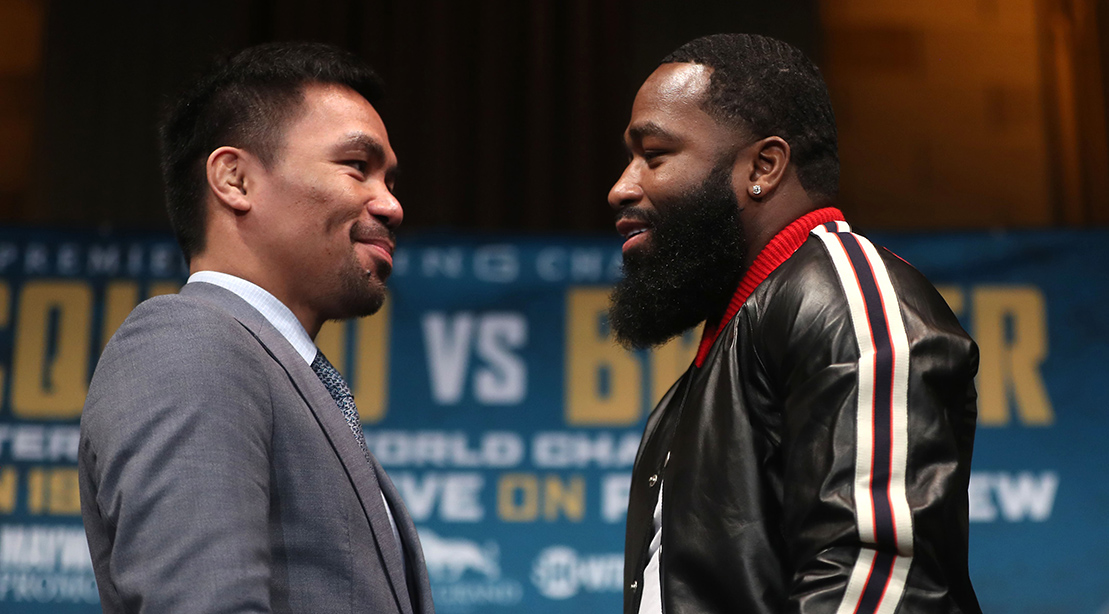 The rumors surrounding this showdown have been bubbling for months and yesterday it was finally confirmed: On January 19th, the legend of cementized boxing, Manny Pacquiao will defend his WBA Welterweight title against Adrien Broner, who hopes to recover from successive, suppressive performances.

The couple sat down for a Showtime press conference to discuss the upcoming fight that will take place at the MGM Grand in Las Vegas.

Pacquiao (60-7-2, 39 KOs), who was able to select his opponents, chose Broner because: "I think we can fight well and entertain the fans. He is a good boxer. We can not underestimate him. Everyone knows that Adrien Broner is a good, experienced boxer. "

Broner (33-3-1, 24 KOs), when concentrated and ready to fight, is an extremely skilled and entertaining competitor. According to his comments, he fights with a chip on his shoulder and should give the fans the best version. "I win, I'll become a legend overnight," he said. He also added, "I'm talking and playing, but I know it's January 19th. However, I had to be on top of my page. I'm here to get him on his feet. "

After all, it would not be a real Broner press conference without a few verbal hits on its opponent. "He was knocked out three times," Broner said. "We know he can fall asleep. He does not need Nyquil for that. We know that he can sleep.

During the press conference, Pacquiao hinted at a possible rematch with Floyd Mayweather, which might be on New Year's Eve, depending on the outcome of the fight and Mayweather's exhibition play against kickboxer Tenshin Nasukawa.

Take a look at the entire press conference below. The game will be strictly available on Showtime PPV.