Jen Widerstrom wants you to stop perfectly expressing yourself in photos 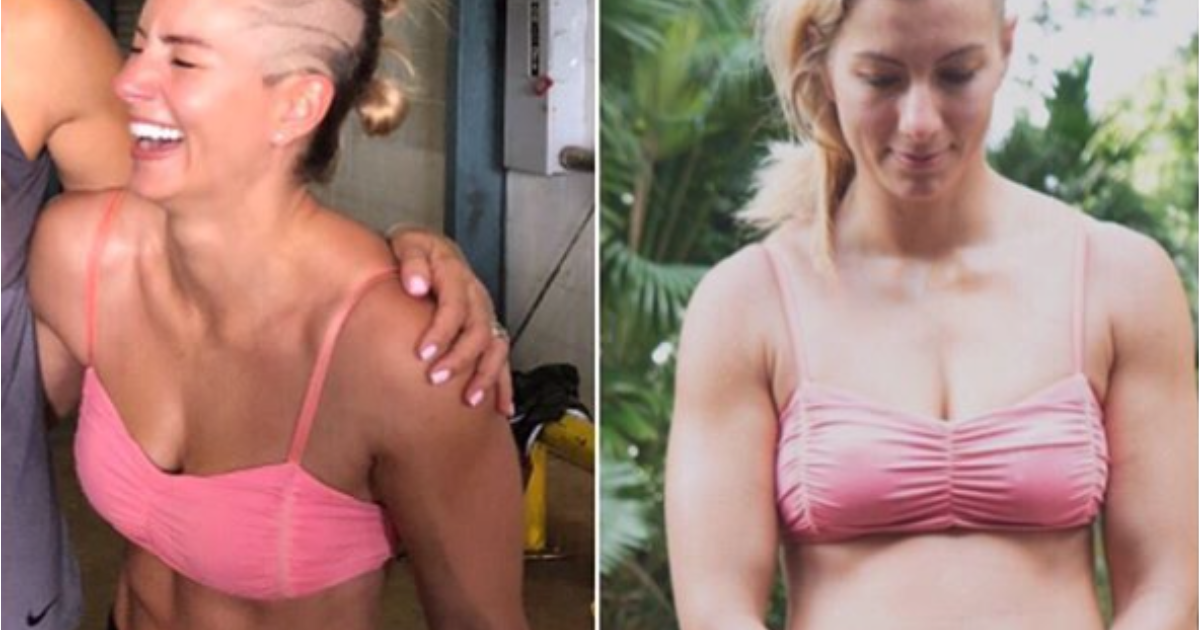 Jen Widerstrom, the brains behind our 40-day Crush Your Goals Challenge, is a fitness expert and trainer on NBC's The Biggest Loser and author of Diet Right known for her personality type .

BEFORE THE RETREAT Can you guess how far these photos are were apart from each other? Here is a non-traditional #Transformationstages that is important to me AND for you to read, especially the ladies … I went through all the pictures of my @ XPT through Life / Kauai Trip and when I saw one on the right and I was devastated … even the photo of me was disgusting. I thought about what was going on with my stomach and what I thought when I wore a two-piece bathing suit in front of all these people and took all these pictures ??? But then I realized that the picture was taken on the same day as the previous one – ONLY 3 hours later. The difference is one we need to immerse ourselves in a culture and embrace it. My BEFORE image is right after my workout – dehydrated and on an empty stomach I pulled away from laughing at my core and also landed some killer lighting. A picture that most of us try to get every day, every photo and every week of the year. The AFTER photo, just 3 hours later, is a picture of true health, as it shows me, hydrating myself, eating a protein smoothie and savory salad, and amidst abdominal breathing – our most natural, basic, nutritious breath , I would like to remind all of you (as I had to remember !!) NOT to hug the photo on the left, but the IN IN ALL on the right. One of health and happiness and peace in our own skin when we take care of ourselves and let go of the "suck it in syndrome". The pressure ceases when we lift the expectation of how to seek the world. and just to be in our bodies for us. #nofilter #widerstrong #healthyisbeautiful

. "I went through all the pictures of my Kauai trip and when I saw the one on the right and I was devastated … even the photo of me was disgusted," she wrote. "I thought," What's going on with my gut and what did I think when I wore a two piece swimsuit in front of all these people and took all these pictures? "Widerstrom realized that they were only taken apart for a couple of hours." I realized that the picture was taken the same day as the previous one – ONLY 3 hours later, "she wrote" The difference is one in which we have to immerse ourselves and embrace each other as a culture. "

In the photo on the left, Widerstrom says she's just trained, is dehydrated and suffers from an empty stomach." I was thwarted to the core with laughing and also got some killer lights " she wrote, "A picture that most of us try to preserve every day, every photo, and every week of the year." (See: These Celebrity Trainers Fight the Illusion of Perfect Instagram Abs.)

The photo on the right, on the other hand, is a picture of true health, she says, "It shows that I hydrated myself, ate a protein smoothie and hearty salad, and in the midst of my abdominal breathing," she wrote. gru Ultimate, Nutritious Breath. "

It's no secret that social media, and Instagram in particular, are predominantly emerging platforms. (That's why it's been called the worst social media platform for your mental health.) Our feeds are often swamped with before-and-after photos, and we're told that the photos on the right are what we should strive for , They reflect our perfectly curated "best self". Widerstrom, however, reminds us that the expectation of always having to look this way is simply not realistic and can negatively impact your body image.

"I would like to remind all of you (since I had to remind myself !!) not to embrace the photo on the left, but the picture IN IN ALL ALL on the right," she wrote. "One of health and happiness and peace in our own skin when we take care of ourselves and let go of sucking it in the syndrome."

It's amazing to see coaches like Widerstrom continue to show such vulnerable photos of themselves as to prove that no one has perfectly shaped the six-pack abdominals. In her own words, "Pressure ceases as we remove the expectation of how to seek the world and simply be in our bodies for ourselves."