How to stop being thankful and happy 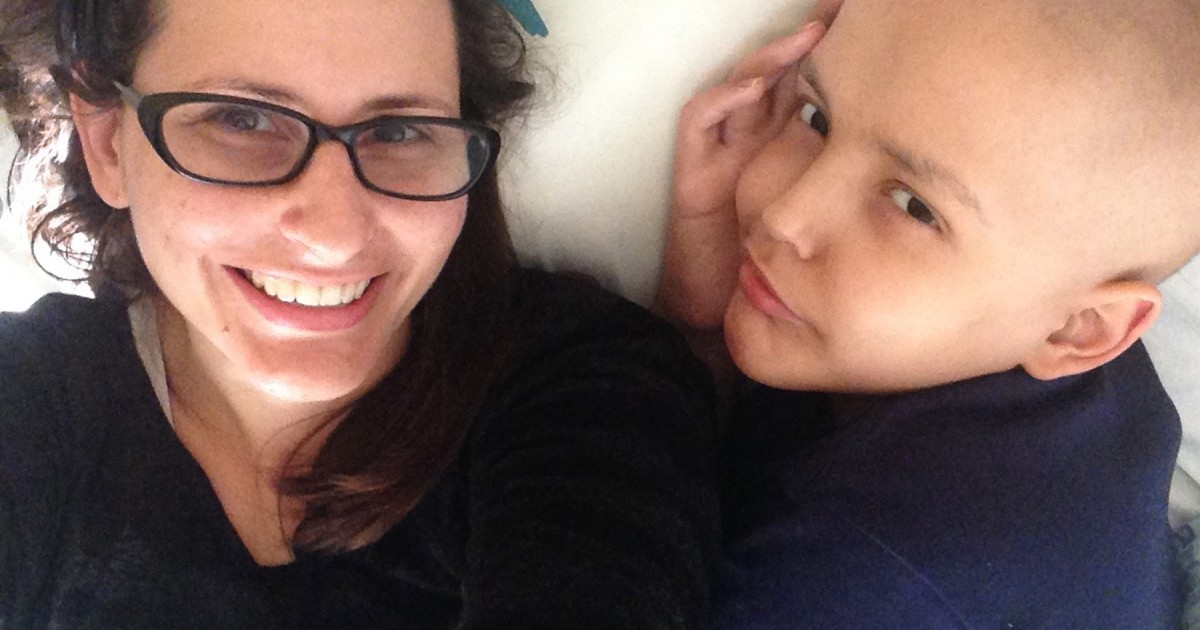 In September 2013, my 9-year-old son Adi was diagnosed with leukemia. Two and a half years later he felt better. In between, a lot has happened, but the relevant fact here is that the boy was alive. And I was thankful.

The thing is, it's thankful, there's # thankful, and there's I'll never ask for anything again, because The Boy Lived .

I chose the third option.

When Adi was two years old, we learned that he had a rare genetic syndrome, Sotos syndrome, which causes physical overgrowth and developmental disability. When the cancer diagnosis came, I had eight years experience in raising a child with special needs. (That also meant eight years of anger, grief, and taking Lexapro to overcome my depression and anxiety.)

When? We told people about cancer, an overwhelming response was, "Why Adi ?" Oh well. Why, Adi, in fact? Should the misfortune of already having a child with special needs not somehow protect us – protect him – from the further misfortune of leukemia?

Wait, it gets better. Or worse.

One week after Adi was diagnosed with leukemia, my mother was diagnosed with breast cancer. If I wrote a novel and did it with my characters, people would shake their heads and say, "Yeah, that's not really believable," a completely accurate description. Our life was absolutely incredible.

A pediatric oncology ward is a surprisingly optimistic place most of the time. Celebrities come by. Gifts are distributed. There is also a really cool way to make syringes to makeshift BB cannons. But at the end of the day, it's a pediatric oncology unit, and not all children beat cancer.

When you cry out to another mother because her baby dies before her, you feel that every muscle in your body is turning into jelly. You can not catch your breath. Your heart is knocking so loud that you can not hear anything else around you.

And when your baby is alive, remember that promise.

You know how lucky you are and you are so thankful.

So you come to think ] I'll never ask for anything again, for The Boy Lived.

Before Adi became ill, I was a freelance writer with a good reputation, steady clients, and steady income. Besides, I had the sympathy of all that I had ever met. There were so many offers to introduce myself to new customers. The conversion of my company should have been straightforward.

That was not the case. In my mind, earning my money would violate a sacred deal I had kept my son alive with God, the Universe, or whatever force. I had no right to luck let alone a meaningful job – or Heaven forbade money .

I played small. I accepted my work at installments that I had disagreed with for more than a decade, because it was work that would keep me busy if I was not interested.

Adi was born in a home birth with a midwife. We were then living in Los Angeles and that day the Santa Anas were blowing. There had been wildfire and the air was full of ashes. It was raining like black snow when my husband and I walked up and down our street that afternoon.

Immediately after Adi's birth, the midwife said she did not like the way he tried to breathe, and we moved to a hospital where Adi spent 11 days in the neonatal intensive care unit. During all the time he was there, I did not drink coffee. I had made a clever arrangement with God, in which I would not drink coffee, and my baby would be fine. I have no idea if God knew about this arrangement, but it made perfect sense for me then. Magical thinking is interesting stuff.

Now I have entered into a similar deal where I do boring work that I did not enjoy, and I would accept terrible pay for this work – my penance – and in return my son would continue to live and be healthy.

And in case I felt a bit safer believing that the whole cancer process was well and truly behind us, I would suddenly get the news that another child is coming from our neighborhood The oncology world was died and I would think about how lucky we were.

I'll never ask for anything again, because The Boy Lived.

If you're reading this, you might think Adi is our only child, even though it's actually the third of five children. If you count, you find that I have four more children that I have more or less deserted for two years and that Adi spent in the hospital.

My daughters are the two elders, and they always knew me as a freelance writer. When they were babies I whipped them around and read out the first article designs aloud. (I also took care of them while watching Weeds so do not think too high of me.)

My Elder makes an impression of me. "Hi, I'm Abbi. Did I ever tell you that my son had cancer?" And yes, that's pretty accurate. I had the feeling that this one was me now, and it was important for me to know my place.

My younger sons, I realized, looked very different from my daughters. They did not remember that I had worked. They knew the broken, scared version of me. And although that alone should have been enough to snap me away from there, it was not.

I knew I had to stop crying my morning hours on the floor of my kitchen. On an intellectual level, I understood that I had not overcome my fear. But I could not get my body to do the things that might have helped, and on another, more emotional level, I was sure that all the time I had to be so sad and unhappy because I had no right to anything else would have.

As you know, health care in the United States is a mess. I live in Israel, and my son's treatment was all covered – we paid nothing in 19459004 . But I was in a Facebook group for mothers of children with cancer, and so many were in a desperate financial situation. They had to return to work and earn money, but they could not be in office jobs at set times.

After treatment, cancer patients still have many medical appointments. They miss a lot of school. Flexibility is the key. I started teaching some of these women how to start freelance writing. It was a bit, nothing formal, but it took me from the kitchen floor to my desk in the morning. And because the first question is, "Why would someone pay me to write?" I started talking a lot about thinking, limiting beliefs, Imposter Syndrome, Abundance. I have heard a lot about Jen Sincero.

I'm not a fan of false dichotomies. I do not think women have to choose between work and children. I constantly encourage people to replace either / or by both / and . Which one day led me to the idea that The Boy Lived and could be more .

It was not like I had a sudden moment of clarity and everything clicked. It was more like a gradual awakening to possibility.

I pushed that thought, the way you examine a sore tooth with your tongue. I have tested it. I held it in my head and then in my neck. I felt my heart piercing with sharp edges. It felt dangerous, as if I saw a wild, foolhardy animal in the forest. I wanted to retire.

It was safer to play small for sure. I could live with my teenage daughter and mock me and my sons without knowing who I was. I could be dissatisfied the whole time. But unfortunate the long time was my standard state, finally became unpleasant . Being grateful all the time is exhausting – and it also gives the impression that other people do not have the right to complain about anything. It was not that I did not like what I saw when I looked at myself, it really was that I really wanted a new iPhone, a good cup of coffee or time to read a good book – and I did not done. I do not want to say no to all these things.

The idea of ​​both and stuck in my head, and I could not. I will not get it out until I lean in. So I did. I heard about a project that upset me, and I quoted a price that felt ridiculous because I wanted more.

Reader, they have hired me.

The boy lived and I can have more . Why do we go on roller coasters, walk through ghost houses and watch scary movies? We like a bit of fear, in measured doses. I'm slowly learning to make up for thankfully and more . Both and. It's a mantra, and I say it aloud when I'm scared, when my fear flares up, when I see another kid we've known lose his fight.

I am grateful every day. And I want more.

Abbi Perets lives with her husband and five children in Israel. At SuccessfulFreelanceMom.com, she helps women enter the free writing profession so they do not have to choose between children and work.