How this personal trainer took her body back from anorexia 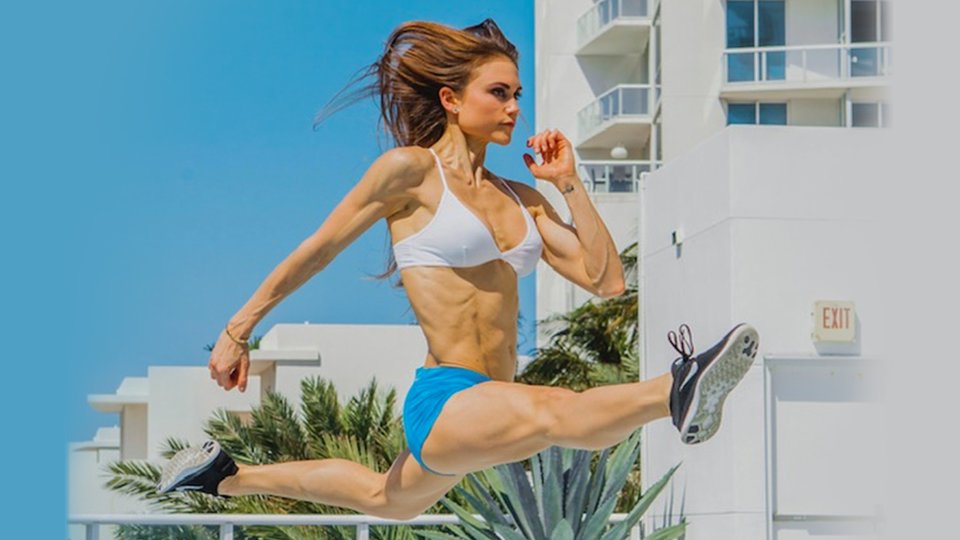 Tanya Etessam believed she had her anorexia under control, but “control” is a loaded word for those battling eating disorders. The 32-year-old Miami personal trainer and lifestyle coach has fought this battle for more than half of her life, including a long siege during her teenage years starting when she was 12.

“There was a long period of ups and downs and ups and downs before I recovered around 18 – and I use that word lightly,” recalls Etessam. Her recovery was thanks to “many years of daily therapy and a little medication,” and she credits her parents with her support and love throughout her journey.

“I really have the most supportive and loving parents,”

; she says. “They are still my best friends to this day. I would certainly not have gotten to where I have been without them – not even anywhere near.”

An early infatuation with dance

Etessam trained as a dancer from an early age and moved to New York City after high school to study at the famous Alvin Ailey Dance School, where she was successful. Ultimately, however, she decided that the short career span of a dancer was not for her and turned to a new profession: fitness. Over the next several years, Etessam earned Personal Training certifications, returned to Florida and made up for lost time by completing a four-year degree in two years and a bachelor’s degree in exercise science and health promotion from Florida Atlantic University.

“My mindset is always, ‘what’s next, what’s the future, where can I grow?'” She says. Numbers competition was the next answer. She challenged herself to become an IFBB professional in two years and managed to earn her professional card at the 2012 NPC Junior Nationals. She competed a few more times, but by then Etessam was ready for a new challenge. 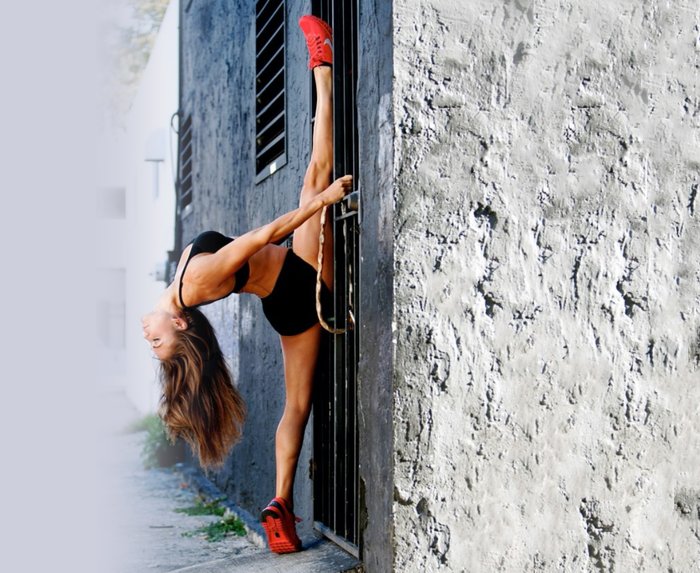 Problems lurking beneath the surface

During this time, Etessam’s anorexia was at bay. Her parents only allowed her to go to New York City because she was “relatively in a healthy place,” she says. However, their descriptions of the disorder at this time are littered with words such as “relative”, “good” and “OK”.

“It’s always there,” she admits. “I had very specific eating habits, but I was fine. I was in a healthier place. I was fine. It didn’t really interfere with my life.”

Did the competition prep structure contribute to what happened next? She says it’s “twisted”.

“I ate more than ever and was my heaviest weight – extremely slim, of course, but to get a figure you have to have size, muscles and shape,” she says. “As a competitor, it’s okay if you bring your food to a family dinner. You train for competition. If you weigh your food, it’s okay because you train for a competition. If you don’t eat dessert, If you overly.” exercise, it’s okay because that’s normal in this world. I was my anorexic self, but it was camouflaged because that’s the norm for bodybuilders and competitors. “

Nobody noticed her behavior because she “looked” healthy, she says. Your emotional health was a different story.

“I was totally confused,” she admits. “If anything, it was almost comforting that I could indulge in my neurotic behavior while I was still physically healthy and reaching the goal at that point.”

Things were so “OK” on the surface that Etessam did not notice that their descent had begun. She was engaged to be married but broke off with her fiancé and caused a full blown relapse. 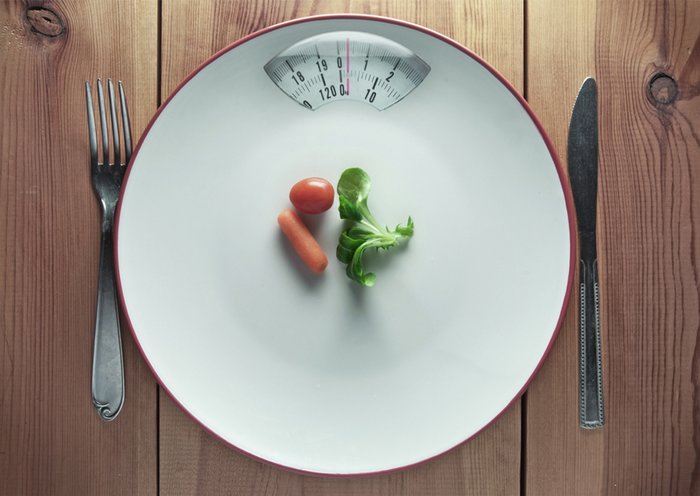 Etessam was the last to find out she was in trouble. Her parents sounded the alarm, but she turned it off. At its lowest it was at 89 pounds – at 5-foot-7.

“You get addicted to the feeling of being in control,” she says. “It’s like, oh yeah, I can be so thin, but I still kill it in my workouts. I get that.”

She was weak, freezing all the time, and wore a sweater on 100-degree days in Miami, which made it difficult to focus on training her clients. Reality hit a month before her 30th birthday.

“I looked at my food logs, my exercise logs, and my weight logs and came back on the same date for a year and everything was the same: the weight, the food, the workouts,” she says. “Nothing has changed in my career. I didn’t have any new goals. I was isolated. I was afraid to travel to major panic attacks and come home early. I didn’t go to events because I was.” Worrying about the food. “

Eating was the only aspect of her life that Etessam was in control of. “Everything else was completely out of control,” she says.

The power to change your life

Her next challenge did not appear and Etessam realized that she was in an endless cycle and was going nowhere. She had to get well, otherwise nothing would change. She started therapy again and stayed with it. The process was difficult and she went through a number of therapists before finding the one to help her get her life back.

“I was lucky enough to find someone who really clicked,” she says. “It was a very bad downward spiral. If I hadn’t had it, I probably wouldn’t have come out.”

Two years later, Etessam topped up about £ 120 and she’s taken command of her life. She has dropped out of therapy and is focused on using her personal experiences to help her clients with their own fitness journeys. She also has a new business that creates and sells elegant aromatherapy candles and essential oils, as well as pursuing new goals such as the Forbes list of “America’s Richest Entrepreneurs Under 40.” 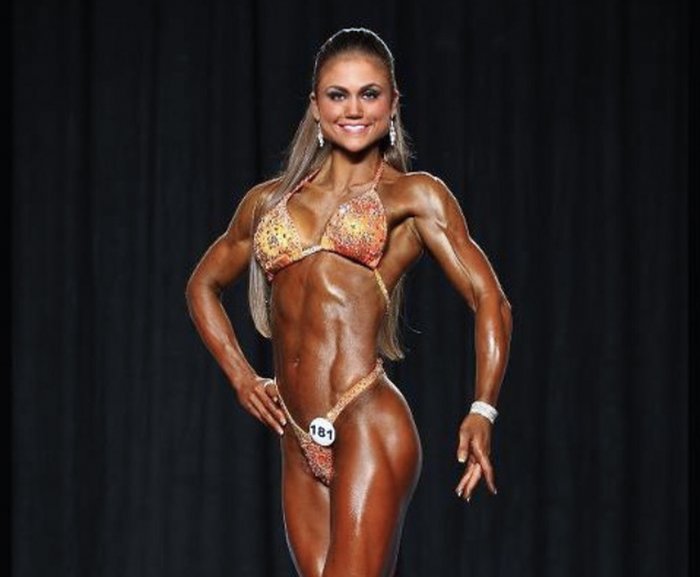 Your progress report is encouraging.

In therapy, Etessam was introduced to the concept of intuitive eating and she learned to live without food scales and diet plans.

“I don’t take time for my meals,” she says. “I’m so sick of competing. I found it was just an additional disorderly behavior. Basically, I eat when I’m hungry. If I’m not, I don’t.”

In fact, she eats a lot – often. Your low-calorie, high-volume diet includes “a ton of vegetables” as well as lean protein, fruits, and nuts. The goal is to keep your calories off and maintain your body. Eggs with nuts and fruits form a typical breakfast, followed by fresh fish and vegetables for subsequent meals.

It is easy for Etessam to follow this diet because she has eaten this way all her life and loves it. She doesn’t like carbohydrates like pizza and pasta, but she likes chocolate and eats them a lot. She enjoys making really thick protein shakes and eating them with a spoon for dessert. 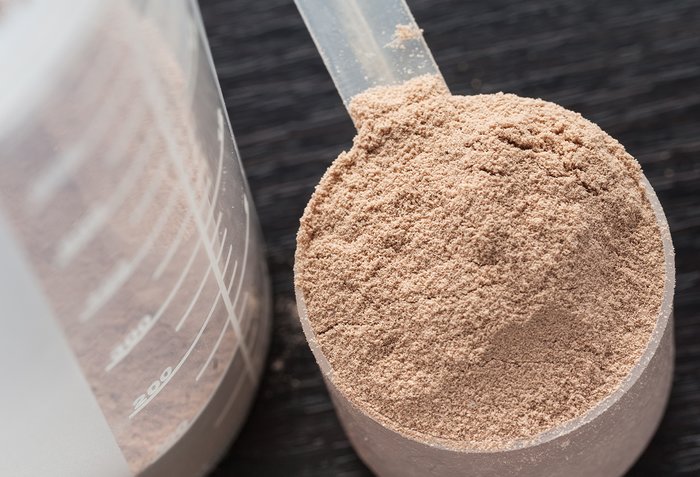 “Once when I was in therapy it was a goal to have a fear food at least once a week,” she says. “Now I don’t know, but it’s not that I want something like pizza and I don’t have it. I really don’t long for it.”

“Is it still eating disorders?” She asks. “Yeah, probably. I think I’ll always have that in a sense. It’s how you let it affect your life or not that makes the difference.”

Etessam’s training schedule has stayed the same since she worked out seriously during her New York days.

“The only thing that has changed is the amount I eat,” she says. She does 4-5 cardio sessions a week for 45 minutes each and likes to keep it intense. “I run or ride my bike or do the StairMaster. I do sprint-like intervals with super high intensity during the 45 minutes. It’s by no means easy.”

She trains with a classic split, performs two upper body and two lower body workouts per week, and prefers ultra-high repetitions of 30 to 50 with short breaks between sets. The workouts themselves change, combining free weights, machines, bands, and other types of exercise to help keep the variety going.

“I never do the same training twice,” says Etessam. “I’ll make it up to you.”

While it’s not an exact match, the Jacked-in-3 plan in BodyFit is similar to Etessam’s approach to training.

As she describes her workout, it is hard to imagine that she would continue this program while her anorexia is raging. 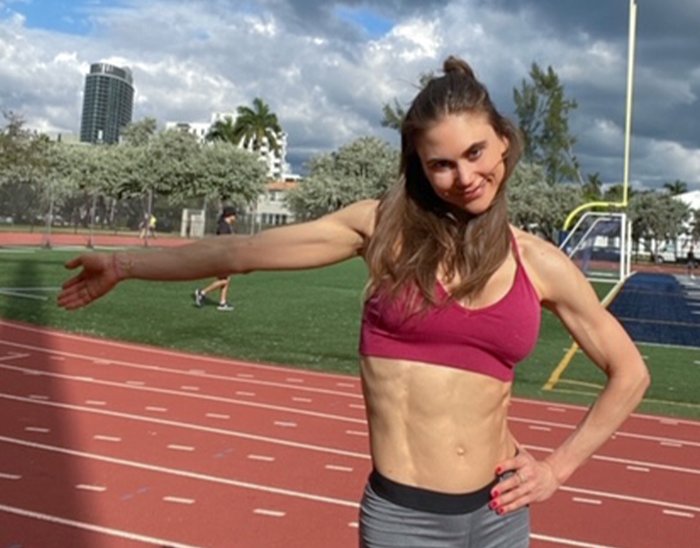 “It’s still mind-blowing how I’ve made it physically,” she says. “It’s just the mental power of the disease. You put everything into this training. I could barely function for the rest of the day.”

Stay on the right track

Thanks to her time in therapy, Etessam has learned to keep herself from falling into disorderly behavior, a challenge she faces every day.

“My therapist and I made a list of all the behaviors that I knew I needed to control if I saw them because they were signs that I was going backwards,” she says. “It could be little things, but when I see these kinds of behaviors or thoughts I refer to the list – of course I know anyway – and I’ll catch myself.”

She cites a recent episode where she had to override the voice in her head that is always present to encourage her to shed a few pounds, to stop eating this or that, that she should should do a little more cardio.

“I was in the grocery store and I was really longing for fruit and I was pacing, like, should I get the fruit? I had put it in my basket and took it out. Then I thought, ‘Oh my god God, Tanya ‘What are you doing? Buy the fruit and eat it.’ I did and I’m here to tell the story. “

She is able to handle these moments thanks to “a lot of experience with them and in a healthy mental space to be strong enough to say you don’t want to go back,” she says. “I want big things in my life in terms of career and purpose. I know that won’t happen if I go back.”

Dealing with disorderly behavior is an ongoing thing, she admits.

“You just have to take control in a good way and identify your behavior – the bad and the good – and assess what is important to you.”

Watch what happened when this guy was ketoed for a week