How hugging my competition series helped me hide my running achievements? 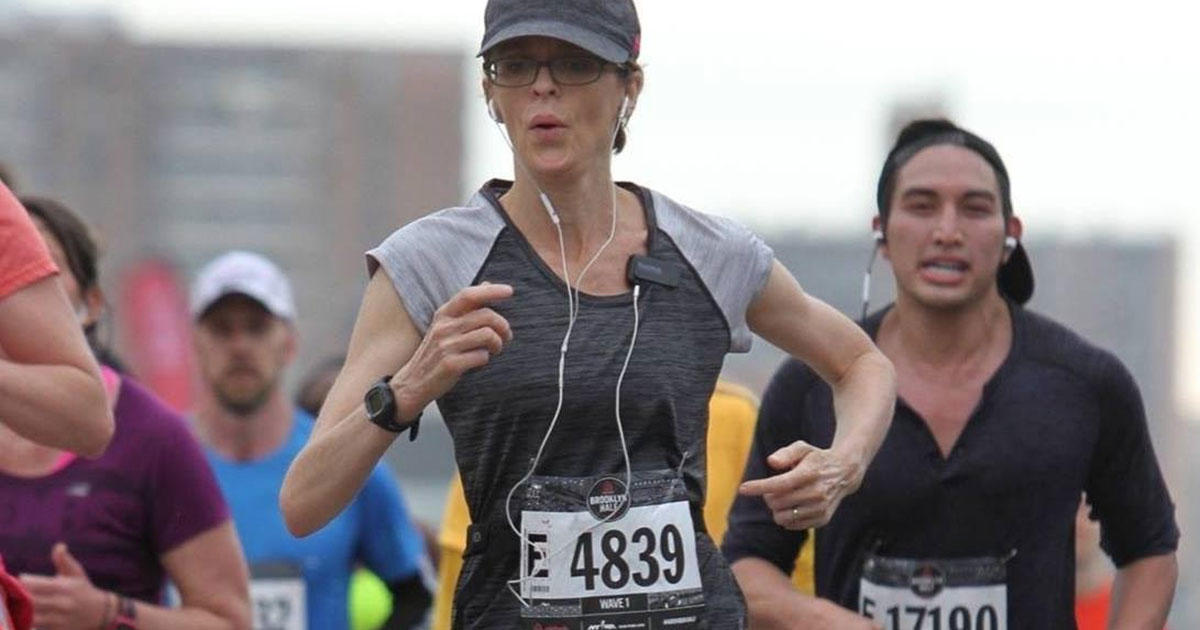 I once thought running was unnatural and I formulated the idea that marathons are "horrible on the body". My actual running experience was limited to walking regularly through my Brooklyn neighborhood and pushing a stroller drop-off – lungs burn and spit, "I hate walking." (See: Read this if you do not run but want to.)

That is, until Julie, a dear runner friend, for whom I had hailed more than a New York City Marathon, said the magic words: "You can too do." For some reason I believed her ̵

1; and at the age of 42 I started to run. Sure, it was ugly in the beginning I could not cover a single mile without stopping, but I was determined, and after a few weeks, I finally managed to run the 3.3-mile loop in the local park, consumed by the feeling of Achievement that I had registered for my first half marathon. (See also: How Two Friends Overcame Their Self-Doubts To Run Their First Half-Marathon)

I took six months to prepare and the only goal was to cross the finish line. However, after half of my formal training schedule, something shifted. The intervals and long runs became easier, and I liked the progress very much. I secretly wondered if I could break the two-hour mark. I ran without a clock and finished my first half in 2:01:02. I was fascinated by the opportunity to get faster – but I did not tell anyone.

So my life started as a closed competitor.

Already as a young man, I internalized that I was ugly as a competitor. My dad loathed his favorite Eagles players who showed any unsportsmanlike behavior – the dancing in the end zone triggered a tirade from the well-worn couch. I would not dare to share my improving half-marathons because this could be misunderstood as a boast. My dirty little secret was that by accelerating, I found tremendous personal satisfaction and identified myself as a runner in middle age. The boldness.

Over the next five years and nine half-marathons, I shaved more than 10 minutes from my time. I read about running, tried out new training plans, made myself stronger, learned about rest and nutrition, and got my first sports massage. I flanked the edge of a local event that I did not attend to encourage friends and strangers alike. Wannabe participants who said they just could not walk got an ear. The biggest gift given to me is a sense of opportunity – and I wanted everyone to experience the same. I never hid my love for this sport, only my drive to get faster, and that meant a lot to me.

I also found deep appreciation for the common belief that "running is a metaphor for life" because competitive spirit is not enough to guarantee success. Things are emerging, derailing our efforts and making or breaking us. Like the morning of the Brooklyn Half Marathon in 2018, when I ran to the start alone by a light rain, exhausted from a night before the race of insomnia. Just before the firearm started, a headset cover jumped off and rolled around on the bottom of the well-used Porta potty. Then the sky opened and soaked every runner at the start. My goal had been to break 1:50, but at that moment I was quite failing.

Surprisingly, my pace was constant and faster due to the cold and rain than I thought possible. In fact, I was convinced that my wet clock was on the Fritz until I crossed the finish at 1:46:33, overwhelmed by unbelief. In the amateur runner's world, three and a half minutes are equivalent to 15. Apart from two close friends, I kept the achievement for myself and my social media channels stayed calm.

The following week I was at a local café when a group of neighborhood women and other runners congratulated me on the race. One of my two confidants – a mutual friend – had spilled the beans, because celebrating the performance of others is what runners do. I blushed and instinctively discouraged that I was just lucky: "It must have been the rain!" At nearly 50, this familiar, self-deprecating tone felt like a betrayal because it was not true. At that moment, I decided on a new approach and added, "This end time has cost a lot of work."

I went on to say that changing my interval training was the biggest player who scored my faster time. I found that squats and quick twitching made my legs stronger. I reiterated that my improved results depended on real desire, commitment and time – the latter is the biggest challenge. It was not easy for me, I told them. I shared my favorite plans and ran podcasts, wholeheartedly committed to their abilities. I allowed myself to be vulnerable to what had not worked and what had gone well, making my performance accessible to these runners. (See also: Why I've Shattered My Biggest Goal as a 40-Year-Old New Mother)

I keep doing my best to run, and without surprise, I get the most out of it. Being competitive has given me a discipline and energy that I thought was too old to cultivate. And that day in the cafe I found the realization – and finally shared it – so intoxicating that I said to Julie with a channel to them, "You can do it too."