How a New Year's Day Care changed my life 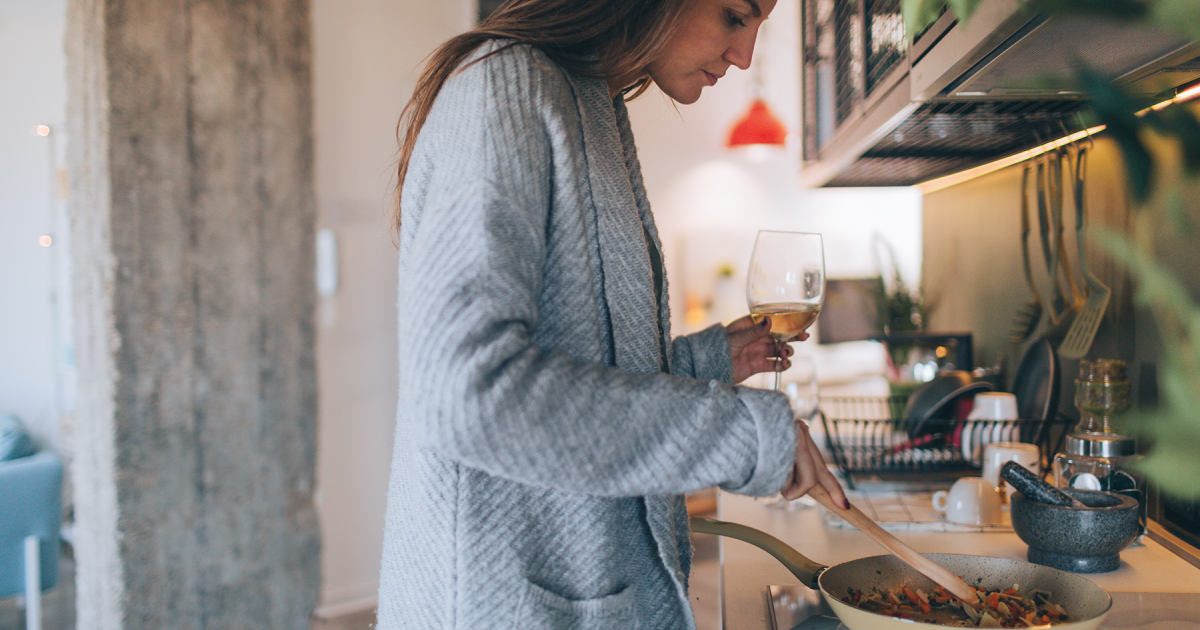 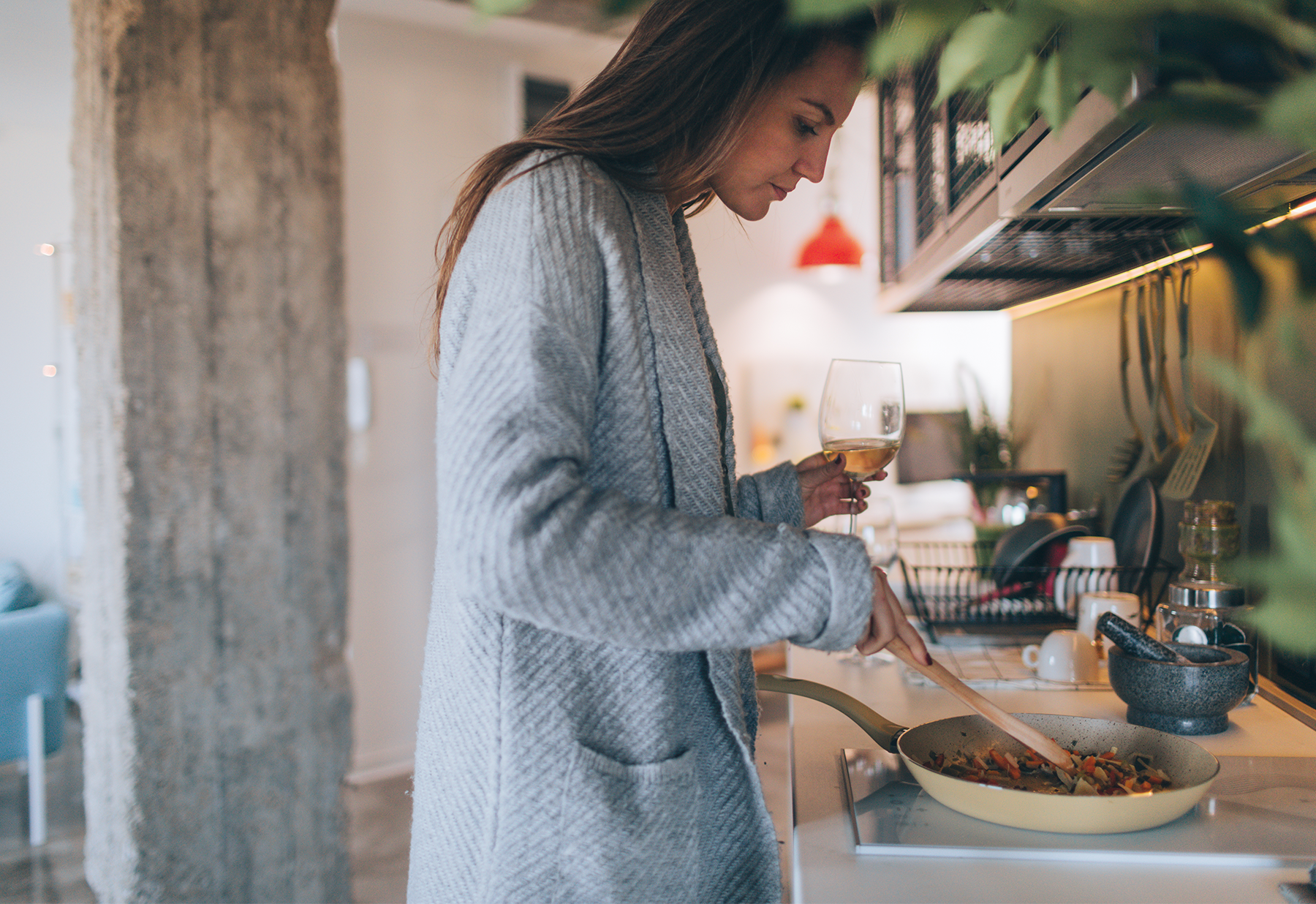 The sad truth about New Year's resolutions is that they often fail. Statistics say that more than 90 percent of our well-intentioned January promises crash and burn in the following December (80 percent in February – ouch). Perhaps it is just that every change is hard to survive for a whole year. Or maybe we just aim too high. Were we really physically and emotionally ready to run this marathon or lose 50 pounds? Maybe not.

Size matters. And in this case, smaller is better.

In my experience, the really stuck resolutions were the small, digestible changes I was really prepared for. About ten years ago, when I had made such a solution at the baby-level, I would never have guessed the dramatic changes that would affect my life.

It all started with fish and beans. Let me go back. It really started when I was "tentatively" diagnosed with fibromyalgia at the age of 26 (aka "we do not know that WTH is wrong"). After receiving this health bomb and living on a daily basis with deep muscle aches, I turned to a searching look at every aspect of my lifestyle to see what I could possibly change to reduce my pain. My diet was not exempt from this wellness inventory.

My eating habits have never been outstanding. It was not uncommon for me to keep a tray of industrial sized cheese in my freezer and chop off pieces for breakfast for a week each day. I would eat chocolate on every occasion. I grew up in a Midwestern family that was regularly fed meatloaf and chicken casseroles. In adulthood, I was still on "meat autopilot", with each meal based on an animal product. Meat was the center of my plate, the culmination of all proteins. When my brother became vegan in college, my family was worried about him, as most people worry when their child joins a cult.

At some point, however, I had heard that research indicates that there is less meat and more plants and fish was good for a variety of health conditions. I did not know if it would do anything to relieve my pain ̵

1; but I really wanted to become healthier. I was intrigued by the idea that giving up chicken, beef or pork could be more than a one-time meatless Monday. Still, I preferred to add something to my diet instead of taking something. It felt so much more generous and liberating than the restrictive resolutions I had tried in the past.

So I wrote down my resolution at the beginning of the new year. 2010: Eat More Fish and Beans .

Since I was Type A, I've been busy planning my family's meals every week. Now I have made a small change. Every time I sat down for dinner Monday through Sunday, I made sure that a fish-based and a bean-based recipe was used. It was surprisingly easy to replace meat with these alternatives. Soon black burritos, white bean cakes and salmon pasta dishes appeared on the dining table.

Nobody in my house seemed to disturb the change. My husband, an enthusiastic guy, was happy to eat almost anything while I was cooking, and my two toddlers were too young to notice a difference. And as the weeks went by, I realized that I felt better when I ate less meat. It did not make my pain disappear, but I felt less heavy and lethargic after eating. My digestion has improved. I had more energy. I got sick less often.

It turns out that food also plays a role.

Delighted with these improvements, I wanted to learn more about the interaction between nutrition and health. What had I never learned? I devour books on nutrition, such as the meal rules of Michael Pollan and those of Marion Nestle What to Eat . And slowly, as I learned, other changes in my diet became noticeable. I started eating oatmeal instead of pastry for breakfast. I replaced my afternoon break with smoothies. I experimented with new cooking methods to make vegetables tastier. With a third baby on the way, I felt particularly motivated to raise my young family with the best nutritional habits I could.

The impulse given by my little five-word New Year's Providence never ceased. When my third child was one year old, I switched to a (mostly) Mediterranean diet with fruits and vegetables, fish, legumes, whole grains and a minimal amount of meat. I felt so good, so good to eat, that I wanted to share love with others. After leaving my previous career as a lecturer at a German college, I enrolled in a diet study program. In 2017, I finished my program and became a nutritionist and dietician, registered with the Academy of Nutrition and Dietetics.

Who would have thought?

Looking back, even though a thousand small steps hit me I often think of New Year's provision as the match that has sparked wildfire. Although I did not expect at the time that such a small supplement to my diet would make up more than a mound of beans, I now realize that it is often the small changes that add up to great results. Today, when the New Year is over, I want to consider which other small additions can make a big difference.

When you think about your own purposes, I say minor, feasible changes. You may decide to have a meal three days a week, or have a healthy lunch every Monday. Like me, you may be experimenting with a particular, good food category for you, such as leafy vegetables or vegetable protein. If possible, use the stairs instead of the elevator or get up during commercial breaks. You never know how these little additions can lead to a great transformation forever.