Happy Birthday Sonu Sood: Know what it takes to get a hard body like Sonu 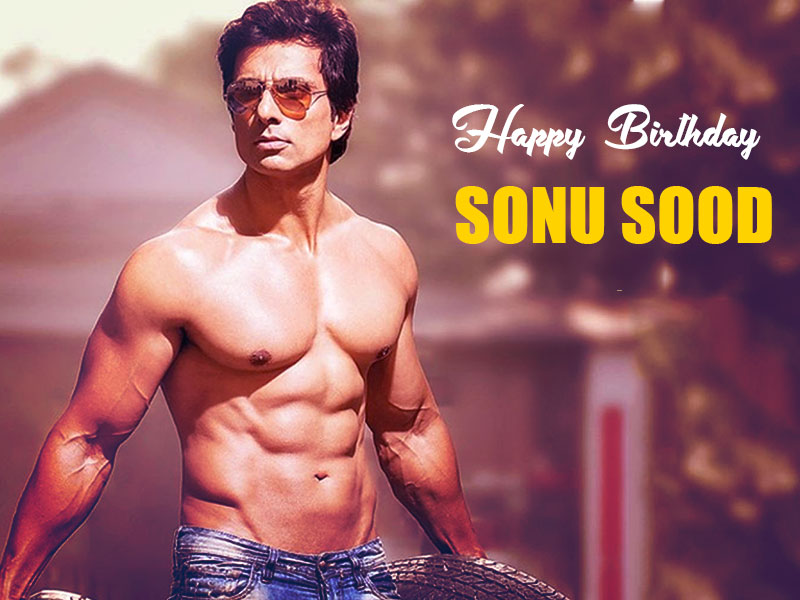 Sonu looks hot even at the age of 43! He attaches particular importance to his body and maintains his fitness. To know what he's doing as part of his fitness routine, read this article.

On July 30, a hot and handsome guy was born! We wish Sonu Sood happy birthday. This all-rounder of actor and producer is famous for his enviously healthy body. His Insta biography is: "Actor, fitness lover, learner". Every second post on his Instagram handle is a fitness post. He is determined to do bodybuilding as evidenced by his robust physique, chiseled body, and washboard abdominals. For acting reasons, he has worked in multilingual films and earned recognition for his outstanding talent. He is an inspiration to many young guys who want to have a body like Sonu. Here we air Sonu's bodybuilding secrets.

The manufacture and care of a body like Sonu Sood is not child's play. There is a lot of dedication and hard work in this muscular body. Sonu has been involved in fitness games since childhood! He comes from Punjab, where Kushti is very common. He started training as a teenager in the & # 39; Akhadas & # 39; and has been unstoppable ever since. For Sonu, fitness is a lifestyle.

The actor jogs about 40 minutes, followed by an intense workout of about two to two and a half hours! He starts with cardio exercises and then trains with weights. He swears by his training and updates his fans by posting exercise videos on social media. He is constantly changing his fitness regime to improve the resilience and flexibility of his body.

"I wake up in the morning at 5:30 to 6:00. Then I go immediately for 2 hours in the gym. My workouts cover 2 body parts per day and end with abdominal exercises. Every day I work to strengthen my arms. I run too! This is the fitness routine that I have been following for many years. And I like working with my fitness trainer Yogesh Bhateja. It works for me! I do a lot of cardio because it's important for agility and to keep you going. So I do that at least five times a week, "says Sonu.

Read also: Is Stretching A Waste Of Time? Unveiled Truth

Sonu never cheats on his diet

It's common for people to have a scam every week or every two weeks, but that's not the case with Sonu! He is very strict in his diet and does not like cheating on it.

He is a pure vegetarian and only eats healthy food. Deep fried and junk foods are a big NO to him. He eats small meals in the right proportion every two hours. He loves to eat sprouts when he is hungry. He is a true Punjabi who loves Makke di Roti and Sarso da Saag. Whenever he visits his hometown, he saturates himself with authentic Punjabi food.