Finally, I stopped hunting PRs and medals – and learned to run again 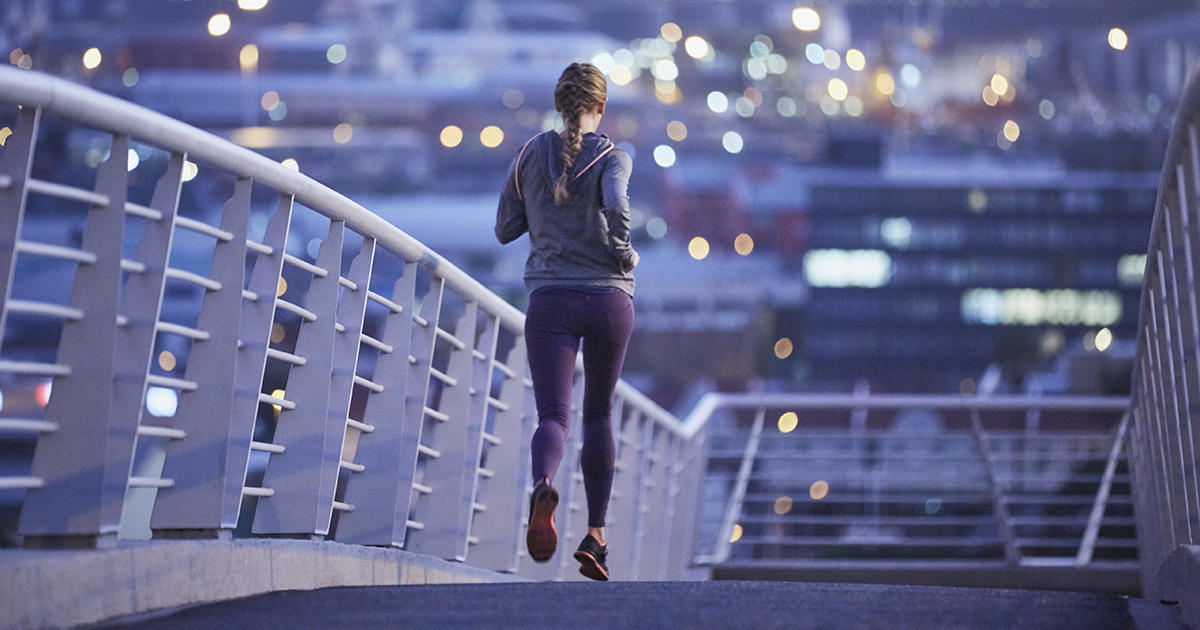 There is a myth to be a runner – a "true" runner, means Weeks marked by long runs and a collection of races Medals: That your second home is a starting line, and your life should be determined by the delicate dance between your training schedule and the number of clean sports bras you still have. Junk miles do not exist – just the effort to constantly strive for something that is constantly improving.

While my life is still determined by the same "clean sports bra situation", I no longer believe that you need to complete a certain number of races to qualify for a race If you look at runners, or even have one goal in mind, I'm officially on board the Run for Fun track, and it has changed my relationship for running for the better. (Related: Why is that perfectly acceptable? Go on your runs)

Let me go back.

I've been a distance runner for over 1

0 years (Phew, that sounds like a long time ago) and is a longer perfectionist. I started running when I was in college, mostly on a treadmill, although I felt like many days on a particular day. Honestly, I was just happy to be there. I had never grown up very athletic, but suddenly I was there, moving and burning calories and reducing the stress. It was a fundamental change for me and I quickly fell in love with this sport.

I surrounded myself with everything that went, from magazines to blogs to runner friends. And everywhere I looked, it was the same advice: set a goal, follow a training plan, run a race. Wash, rinse, repeat. Like every good type A runner, I've entered an endless cycle of training schedules and PR dreams. I felt like I was part of a special club where, instead of wearing matching jackets, we all got up in the sun to run and love carbohydrates. (Related: I despised running – now marathon is my favorite distance)

At first it was fun. I liked to follow a training plan and know exactly what I have to do every day when it comes to my training. I'm a goal-oriented person, so it just made sense.

When Things To Shift

At some point, this excitement began to fade. (They saw the coming, right?) I wanted to love racing, not to mention training, but my personality made me take it more seriously than it did for someone who definitely would not win marathons. After my first half-marathons, running felt like work. And soon I became more resentful than thankful, and it was harder for me to follow a training plan. I could not say if I had lost my love for this sport or if I had somehow misplaced my motivation.

The downtime between my races was expected to increase. I had difficulty keeping up even though I was training. But I felt I should run, work for something concrete and still consider myself a runner. (Related: Why I'm jealous of new runners)

Rains last June. I signed up for the San Diego Rock'n'Roll Half Marathon and tried to ignore that I did not like it that much. I had one particularly horrible last long run – my last eleven kilometers before the competition day – when I was unreasonably close to calling a Uber to pick me up at my turnaround point. I had never thought about ending or ending a long run prematurely. I was the person who kept running after my running mates finished, just to make sure that I reached exactly my mileage goal for the day.

I probably would have realized then and there that my heart is no longer in it, but instead I went to San Diego for the race weekend as planned. I mean, I had already registered! So I took part in the show, picked up my starter bib and tried to freshen up for race day. But when I tried to load carbohydrates at dinner the night before, I admitted that there was not a gram of me that was glad to be there and go to another starting line. I did not look forward to being the proud owner of a new medal or brunch after the race or even a potential PR. No trouble. Only dread.

That's where it hit me. No time like the present to change your mind, right? I threw away my bib and for the first time decided not to appear. Running and me, we parted.

When I returned to Los Angeles, I threw my running shoes in the back of my closet. I was no longer an admirer of the sport, but felt I had a complete dislike for the idea of ​​it. I had no interest in approaching any kind of distance; a 5K could also have become an ultra. (Cue Ross exclaimed, "We were in a break!")

For months I was the runner who never ran. Only after registering in a new gym in a haze after Thanksgiving, did I decide to re-test the water. On a whim I jumped on a treadmill at the end of November – no plan and no intention, only the desire to break sweat and perhaps reduce some stress. Four miles flew by, and as I tried to wipe that ridiculous smile off my face, I realized that I still felt that familiar connection to running, as a runner. It was the pressure to behave as I had imagined to be a "true" runner, whatever that meant to me, the fun of the sport had returned to the fun , Ironically, I'm craving my runs more than in the last few years, probably because it feels like a choice and not a requirement. No schedule, no plan and no expectations – much like I ran back as a freshman. At the moment I have no race in the calendar and really no goal in mind, except when I like to run. (See also: Why I Like Running, Even When My Speed ​​Is Slow)

Plan-free walking was liberating and helped me regain the joy that once brought running into my life. I am now reminded why I became a runner at all – sweating, moving and feeling alive. And frankly, that's about it.