Feelings in and out of the water 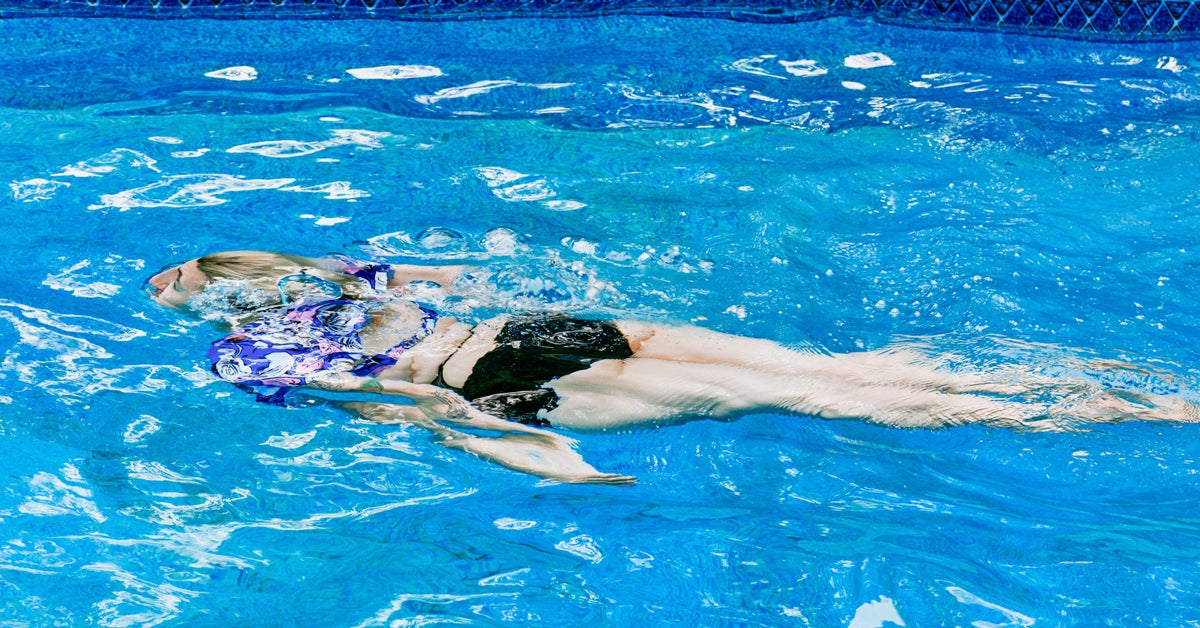 I am an Aquarius and my love of the water needs a bigger word. From the earliest years of swimming in our pop-up pool, to the endless hours in lakes and oceans – floating on my back to infinity, never blue, never breathless …

It's the most natural relationship to Everything I've ever had. I would have slept in our pool if my parents would have allowed it.

While my winters were bundled and hidden behind oversized jumpers, I spent my summers in the Catskills as a night camp. Oh, how I loved this place. Warm friendships where people held hands and sang folk songs while the guitars jingled in the background.

The times at the lake were the most beautiful part of my day. We grabbed our swimming partner and dipped our heads in the dirty water and out again until someone blew the screeching whistle to check us regularly. Make sure our little bodies are safe.

"Buddy Check!" Shouted the lifeguard and everyone fell silent. I would grab the hand of my bestie and at the same time we would scream our numbers. "One, two, three times three!" Then we dipped our heads in again or practiced endless summer nights, watching the sun's rays reflect off the water. We would spend hours in the jelly-like lake. I never wanted to go. That was my oasis.

In my early years, I jumped straight out of the lake, dried off in the sun and let the rays brighten my skin. Again, this was a magical time when the sun served as a warm dryer and the droplets slowly evaporated. After drying, I would run with my bathing suit up to my bunk. My only concern was not to slip on the rocks with my sandals.

Puberty hit with all its might. My body changed as if someone had taken a bicycle pump and pumped up my thighs and buttocks overnight. I've grown from a carefree young girl to a self-assured teenager. Those seconds out of the water became the most vulnerable.

I really wanted to be one of those girls. Those who drew hearts for their initials and those of the boys with whom they met. I watched from the shadows as they walked around the lake so freely in their bikinis and their bronze bodies were admired by the male staff.

But I just thought how long it would take me to get out of the water and get my T-shirt on again.

In the water, I was sure of ridicule and discrimination. It was only me and my friends and the protective sphere of the water that isolated me from the outside world. But eventually the lifeguard would give that pipe and I knew that I had to leave behind my liquid safety blanket.

While I was planning my escape, the other kids just had to be kids. On the other hand, I was sweating in my T-shirt, chatting with my friends and wondering why life was so cruel. Could I find the confidence to jump in again?

Although I'm sure everyone thought I was a cupid, I was far from it. From the age of 12, I started a heavy diet pill and withdrawal regimen, but no matter how little I ate or how many glasses of water I drank, my body was never ready for summer. Or maybe I was not ready.

It got so bad that I decided not to go to camp at all.

Without camp, I seldom found myself in lakes or basins. I deliberately chose colleges and universities in cold regions so I do not have to worry about being seen. I usually spent my summers eating and working Slim Fast bars.

Finally, I began to travel, to see the world and to learn more about life.

I chose Israel as my first stop and lived in a kibbutz with volunteers from around the world. Located near the desert, most afternoons in Israel reached over 100 degrees. The kind of heat where you can take a soaked towel, let it dry on a clothesline and find it completely dried out an hour later.

This intense heat led to afternoons in the pool after work. I had put away my apron after a long day of work in the dining room and reluctantly put on my bathing suit. I began to wear a pair of loose-fitting boxer shorts over the Lycra one-piece to hide my least-favorite body parts.

Once in the water I felt good. There I did handstands and worked with a friend to improve my crawl. I can, I thought. I can swim without shame. This was my happy place.

Until it was not.

When I got out of the chlorine, I made my usual string for my towel. I was so close when he screamed, "Such a pretty face, too bad for the body!" I blushed.

The lifeguard only sat in his red speedometer, as if talking about the weather .

My friends looked at me in horror and shouted various references: "You idiot!" And "Shut up!" But the damage was done. I – with a pretty face and big butt – would apparently never be able to mix like the thinner girls.

All those years later, I was still self-confident. My boxer shorts should be my buffer of ridicule, not what made me stand out more. I also soon realized that no hours of swimming exercises could remove the shape I was given.

At the end of my three months in Israel, hours of physical work and daily rounds in the pool made my jeans loose. I had cut a lot, but I was by no means ready at the water.

I would never be able to laze by the pool even though I was still myself in it. Gliding seamlessly, Goldsternturner, conqueror of the world. But when the time came to leave the cocoon, I was terrified and afraid of myself and my body.

I was 22 years old and just wanted to be on the water without these ridiculous boxer shorts. Every time I got closer, comments like those of the lifeguard pierced so deeply that I covered up even more.

On these hot summer days, I am again at a lake, not too far from the dirt strewn with my youth. Its wooden dock is surrounded by canoes and kayaks and thick, twisted ropes keep us in order.

Sometimes I sneak down early to be one with the water. I am floating far behind the restricting rope, lying endlessly on my back like a child, letting the world's problems fade away. In the safety of my liquid environment – heaven on earth – revel.

Then I'll swim back to the ropes, up the silver ladder and let myself dry as a child until someone else comes down.

These days, my boxers are being replaced by a sarong or cotton dress, which I wear to the dock.

When I'm back on the water, I quickly undress and jump in. The cool, thick water, the arena of the emerald trees, all wrapped up and lets me forget all my worries. It is the only place where I am free.

I'll swim laps, kick water, lie floating on my back while the sun dries my face. I love the lake

But I know that I have to leave it and be vulnerable again.

When I approach the metal ladder and turn my hair backwards. I see my dress, my buffer, inches away. I reach for it, but it is beyond my reach.

At that moment, I panic. I have to go over the dock without camouflage. Do I have the strength? I look around at people on the dock and most are just hushed up for protection. Others poke their noses deep in a book or apply sunscreen to their children. But then I think, I doubt that anyone minds what I look like .

So I go back from the water, head up. And in this attitude, I feel safer – as if the water itself shields me.

I still try to feel more comfortable with my body – myself. But I know that: I would rather be satisfied with size 12 than starving with size 6. I know it's up to me to determine how I live my summers when I jump into the water. And I decide to swim.

Elana Rabinowitz is a freelance writer and ESL teacher. Their work can be found at elanarabinowitz.weebly.com and on Twitter .