DIY body-positive photos are the self-care that you deserve 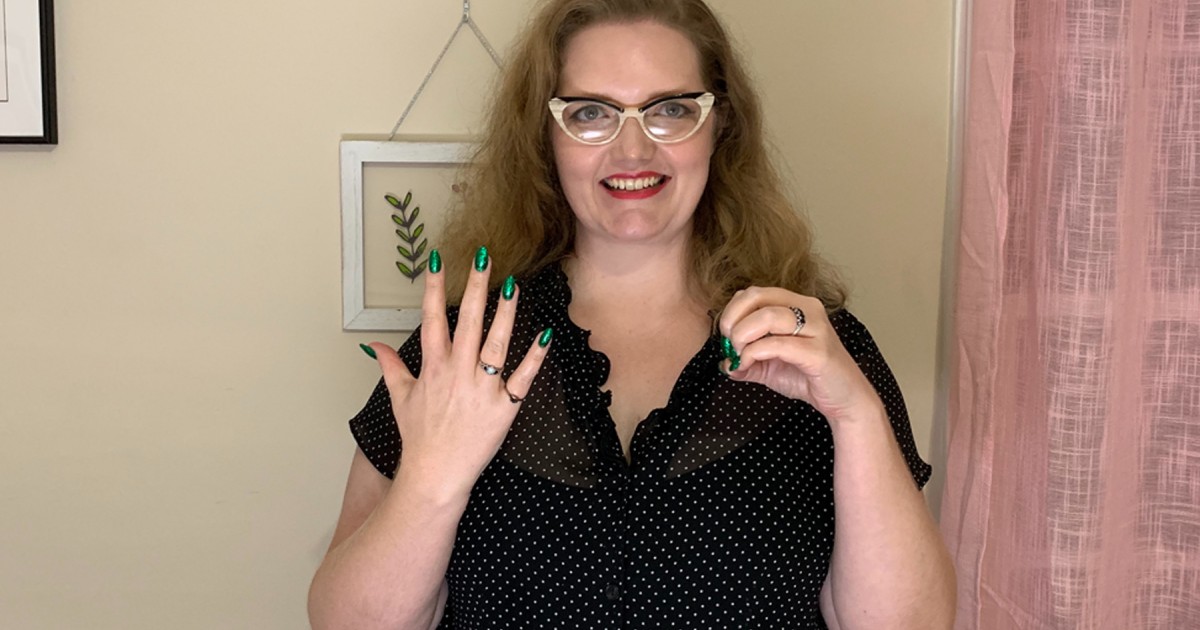 Welcome to "Slim Chance," a bi-monthly series in which author Amber Petty documents the happiness and frustration of losing weight. [19659004] Weight : 223 pounds

More exciting news: I lost a total of 52 pounds! I am officially more than half of my goal.

To make matters clear, I weighed 275 pounds in October 2017 and half-heartedly tried to weigh. I had some success, much more trouble, and had done it until August 258, when I started this column in August 2018.

Anyway, the fact that I've lost 50 pounds sounds so cool. If someone else told me that they had lost so much, I would freak out with excitement for them. But for me? It does not feel like anything. I mean, I'm lighter and wear slightly smaller clothes. But I am not physically "transformed". I feel like I look pretty much the same. So far no one has noticed a difference.

I've been reviewing old photos to find a picture of me with my highest weight so I could see how 50 pounds really look like. And guess what I found? Nothing. I had no pictures of me from last year.

The combination of working at home and succumbing to depression meant that the possibilities of being photographed were at a historic low. And I hated how I looked. So if someone broke his cell phone to take a picture, I would either find a way to hide behind the biggest person, or offer to make the photo smart for everyone, to stay behind the scenes.

Back then, the idea of ​​seeing me in a photo was terrible. Well, it saddens me that all those undocumented months are over.

I had made myself invisible and was on the right path to stay as long as possible. Fortunately, I got help with my depression, which made it easier for me to focus on my health. Instead of hiding my whole body shame, I will make all my weight problems visible to all! And it has made things so much better.

As a person who has lost a lot of weight now (though there is more to do), here is some advice: taking pictures. Not that you can have a "before" and "after" that's super impressive, and not so much that you can look back on your heavy pictures and think about being a loser.

When I first started weight loss testing, I was very afraid to weigh myself or take pictures. I thought, Hey, if there's no real evidence of my weight gain, maybe I can pretend it never happened! But when I actually knew my weight or saw a photo, I felt better – after all. Did I cry when I saw 275 on the scale? Yes. But after tears, I felt better knowing exactly how much I had won. Instead of thinking, Oh, I'm a huge whale-human hybrid I thought, I weigh 275 pounds . It was a clear fact, and strangely, it removed some of the fear and guilt.

After I decided to lose weight, I tried to take more pictures. When I started with Slim Chance, I posted a photo on Instagram with leggings and sports bras. It seems pretty harmless, but I've spent my whole life hiding my stomach. I do not just mean baggy shirts – I hide my stomach behind a throw pillow every time I'm sitting on a couch. Even if I'm sitting on my own couch when nobody else is home!

So it was a big deal to expose my stomach, and I sat back and waited for the abusive comments. They never came . People I knew were supportive, strangers reached out and everyone had friendly, encouraging words for me. I thought the sight of my limp alabaster stomach was causing blindness and vomiting, and instead people were just nice. It reminded me that my view of my body was distorted (and still is, although I am getting better and better) and that I am perfectly presentable with every weight. I think Pic had the most preference of everything I posted.

After combing old emails and a half-working computer, I found 263 pounds of whole body pictures. I've tried out a boxboot camp that requires pictures and a weighing: [19455932] [1945932]
Source link