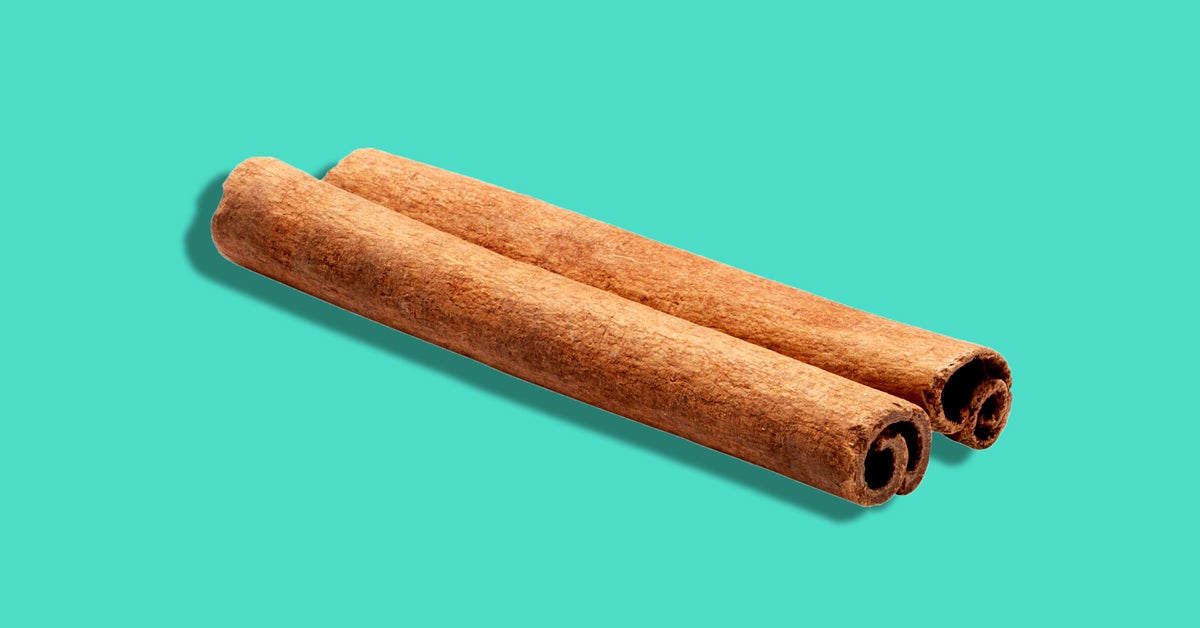 You've probably heard a lot about cinnamon lately: "It's a blood sugar-regulating super ingredient!" "I add it every morning to my coffee as a sugar substitute!" "It's so good for people with diabetes! "

But as always, we have to ask ourselves what exactly and what is being spread by the wildfire of social media gossip.

Since it's quite important to keep your blood sugar stable (especially for diabetics), we're checking to see which benefits are legitimate and which ones belong in the unmasked folder.

While numerous small studies examined the effects of cinnamon on blood sugar, the results were mixed.

3 study of 70 people with type 2 diabetes found that people who consumed 1 gram of cinnamon per day (equivalent to about half a teaspoon of ground spice) for 60 days in addition to their regular diabetes treatment did not Improved blood glucose compared to participants in a placebo group.

And accordingly, according to the nutritional guidelines of the American Diabetes Association (ADA), there is no good evidence that the spice – or any other supplement or herb – can treat diabetes.

However, a 2016 review published in the Journal of the Academy of Nutrition and Dietetics came to a different conclusion.

Researchers reviewed 11 existing studies on the treatment of cinnamon and diabetes and found that all had a low but statistically significant reduction in fasting blood glucose levels.

In most studies, the spice was used in conjunction with participants' diabetes medications. The dosages varied widely between studies, from 120 milligrams to 6,000 milligrams a day.

It is also important to note that only four of the studies showed a reduction in fasting blood glucose and HbA1C that met the ADA treatment goals.

So does that mean? Cinnamon appears to contain compounds that activate insulin receptors in your body and improve insulin sensitivity, although we're not really sure how they work.

It also slows down the gastric emptying after a meal and prevents the roller coaster ride of a blood sugar spike, followed by a steep drop. However, these results are often mild and vary from person to person.

Cinnamon may be worth a try if you're looking for alternative ways to keep your blood sugar regular. Just talk to your doctor to find out how to spice up your life. (I'm sorry, it had to.)

In addition to the potential benefits of cinnamon for people with type 2 diabetes, there are some pointers that could help ward off the disease altogether.

A recent study published in the International Journal of Food Science divided 41 healthy adults into three groups and gave them different daily doses of cinnamon: 1 gram, 3 grams and 6 grams.

After 40 days, all three groups had significant improvements in post-meal blood sugar levels, especially those taking the 3- and 6-gram doses.

The researchers found that cinnamon seems to have a regulating effect and keep blood sugar within normal limits.

Even more promising is the realization that the spicy mojo of cinnamon goes beyond the blood sugar control. It can reduce the likelihood of heart disease, obesity and other diabetes related health problems.

In a study published in the journal Clinical Nutrition in 2019, the participants were divided into two groups. One group consumed 1 gram of cinnamon daily for three months while the other group took placebo.

The cinnamon group has seen improvements in fasting blood sugar, HbA1C, fasting insulin and insulin resistance compared to placebo, as well as in lowering BMI and body fat.

According to a review of 543 diabetes in 2013, patients published in Annals of Family Medicine used cinnamon to lower LDL cholesterol ("bad") and triglycerides, while at the same time lowering HDL cholesterol levels ("good"). ) rise.

Other research showed that the spice can significantly lower both levels of systolic and diastolic blood pressure.

And since cinnamon is rich in antioxidants like polyphenols and flavonoids, you get an extra boost of anti-free radical and inflammatory effects. (Remember, if this option is not activated, a high level of inflammation can lead to a variety of diseases, from cardiovascular disease to cancer.)

There are no clear recommendations on how much cinnamon to control of blood sugar.

Studies vary in the amount they give participants, although 1 to 6 grams per day are fairly typical. The spice can be taken either in the form of dietary supplements or as an adjunct to food.

The good news is that there is no evidence that cinnamon can affect blood sugar negatively. Therefore, it is okay for most people with diabetes to take it. (And it can be a great way to add sweetness to foods without adding sugar.)

However, talk to your doctor before trying – especially if you are taking other medicines or supplements. Cinnamon can interact with some dietary supplements such as bitter melon and garlic.

Cassia cinnamon is more widespread in the United States of the two main varieties of spice, Cassia and Ceylon. It contains a substance called coumarin, which can cause liver disease in some people, especially if cinnamon is taken in high doses.

An increasing body of evidence indicates that cinnamon can lower blood sugar and help control diabetes – or even prevent the onset of the disease in the first place.

Studies have used dosages ranging from 1 to 6 grams per day. [19659002] It has also been shown that Cinnamon's antioxidant and anti-inflammatory powers work against other diabetes-related diseases such as heart disease and metabolic syndromes.

But as with any drug or supplement, it is important to talk to your doctor or diabetes before you start taking cinnamon.