Benefits, side effects, and recipes of ginger water 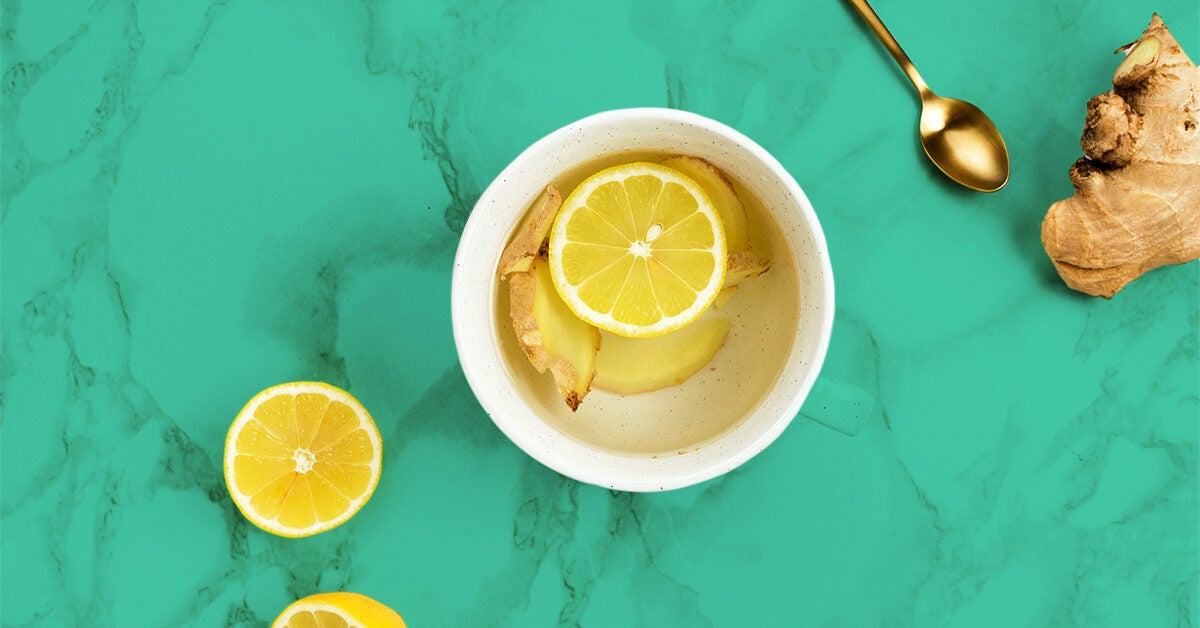 Technology may have got us far, but the roots, herbs, and spices that were the only medical supplies for centuries can still be of use today. And guess what? Root beer isn’t the only root worth drinking. If you’ve ever noticed a gnarled looking root in the grocery store, it was probably ginger.

The benefits of ginger water range from anti-inflammatory aids to blood sugar management.

But what exactly is ginger water? It’s nothing magical or mystical. Cue the Drum Roll: It̵

7;s ginger tea. You can buy tea bags at the store, but some commercial teas contain other additives or are made with ginger flavor (lame) so you won’t get all of the health benefits of natural ginger.

As exotic as ginger water sounds, it’s super easy to make yourself.

There’s even a recipe at the end! Ginger might not be your cup of tea * wink, wink *, but you don’t have to drink ginger water alone to reap the benefits. Honey or lemon-ginger water also offers a healthy punch and is also super aromatic.

Ginger comes in many forms, including capsules, powders, and ointments. We put a magnifying glass on ginger water, but the scientific literature covers all forms of ginger. Some of the benefits of ginger water can be more or less effective when consumed in tea form.

Many teas have been found to help control appetite. Researchers in a 2019 study found that ginger contains several properties, such as regulating lipid metabolism and moving glucose to the liver, which aid in weight management.

Before you jump on the ginger diet cart, these particular insights come from studying rats. Yes, rats’ reactions mimic humans, but their bodies don’t react exactly like ours. Ginger water might help, but any solid weight loss plan includes healthy eating and plenty of exercise.

In a 2015 study, ginger powder showed potential in treating diabetes by improving fasting blood sugar and other key indicators of diabetes. The study had only 41 participants and they used 2 grams of ginger powder daily for 12 weeks, so there are certainly limits to the results. However, regular use reduced some of the side effects of diabetes.

3. Put out the flames

Ginger water also shows potential as an antioxidant and anti-inflammatory aid. Chronic inflammation shows its ugly head in a number of diseases including arthritis, diabetes, and Alzheimer’s. Initial evidence suggests that ginger lays the kibosh on certain inflammatory and carcinogenic agents.

Fair warning, the evidence is from a rat lab, but be open to the potential. You certainly can’t rely on ginger water alone to treat a serious illness, but it could work alongside traditional remedies.

4. Hand over the barf bag

Upset stomach? Ginger is a well-known natural remedy for nausea and digestion. Many pregnant women have used ginger to soothe waves of morning sickness.

While scientists don’t know exactly why it works, they suspect some funky rhizomes keep ginger outperforming a placebo. If you are feeling a little uncomfortable or have an upset stomach, it is definitely worth having a cup of tea.

Most natural herbs and supplements like ginger have some side effects. Ginger water can cause tasty heartburn, nice gas and bloating, stomach pain, or burning in your mouth. Neither of these are very fun, but they are also extremely rare.

Any supplement or natural remedy can create strange or dangerous drug or vitamin interactions. If you are taking other supplements, prescriptions, or vitamins, speak to your doctor before adding ginger to the mixture. You should also speak to your doctor if you have diabetes, high blood pressure, or any other condition that the ginger may interact with.

Too much ginger can put you in the fast lane of unwanted side effects. Keep your ginger water consumption below 4 grams per day. If you take other ginger supplements like powder or pills, add them to your daily total.

The recipe below is equivalent to 1 gram of ginger with 4 cups of water. You would have to drink 16 cups of water to take too much. As long as you don’t eat ginger water, you’ll be fine.

There are many pre-made ginger teas available. Some contain real ginger; others have a taste for imitation. If you want the most benefit (and real business) there is a very easy way to make your own ginger brew.

Regular grocery stores sell ginger root, so it’s not difficult to find. It’s a root that looks like a root, so … expect it to look like a root. The following recipe is equivalent to one gram of ginger:

What are the green pills in the Queen’s Gambit?

Rustic design made easy: 37 ways to “beautify” your home