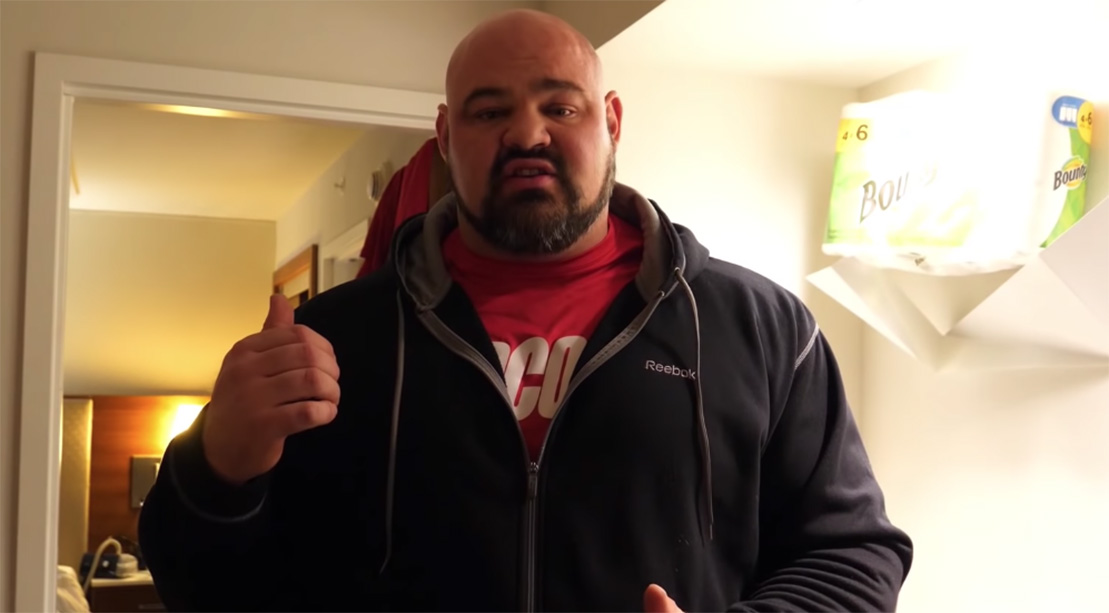 You probably did not know it when you saw him at the competition, but the four-time World's Strongest Man, Brian Shaw, tore the wound at the very first event at the Arnold Strongman Classic in 2019.

On his third move at the Rogue Elephant Bar deadlift – a 1,051 pound attempt – Shaw took the bar down inches from the ground before falling in pain. After the deadlift, he still managed to complete four of the five events, before finally announcing in a YouTube video on his channel that he had decided to end it for the weekend.

Of All Possible Injuries When a hamstring tear occurs, it is one of the worst. The deadlift puts a direct pressure on the musculature, as does the Austrian Oak Stud lift, the Hussafel stone and the natural stone on the shoulder, as Shaw has to lift each device off the ground and then put it in the lap before the lift is executed.

"I went back and analyzed where things are," Shaw said on YouTube. "With a torn thigh muscle, it was not enough to come back and take a decent point position. It just is not smart. I do not fight for a top position.

Shaw, who won the Arnold Strongman Classic four times and was not in second place in the last six ASCs, finished eighth overall.

Still, it does not seem like he could leave Columbus, Ohio, before setting any record. In a video posted on his Instagram, Shaw was able to lift half of a 1

View this post on Instagram
THE FIRST MAN LIFTING THE "SHAW BLOB" – This was my birthday present from @fitmommy_kerishaw … She could find this and get it in Arnold for me! Such a cool gift … my wife is awesome! – This is half of a York Legacy dumbbell of 68 kg. The weight is about 34 kg. I'm the first guy to do it and it was certainly a challenge! – To watch the full YouTube video, click on the link in my biography. @ @ Redcon1 @mbslingshot @roguefitness @getnewage @stanefferding #shawstrength #begreat