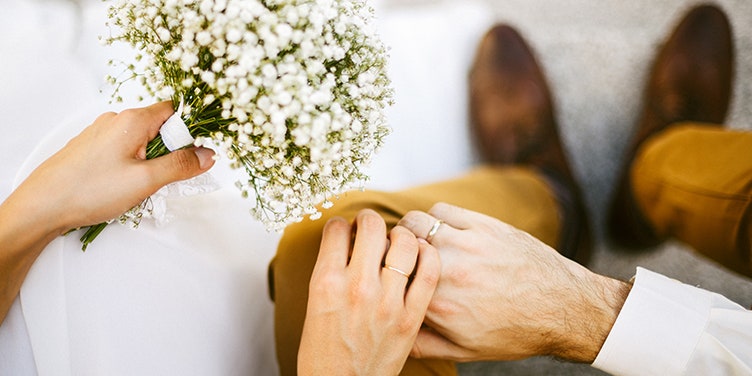 I married Nate when I was just 24 years old . We were fresh from college and – to be honest – we were not prepared for life at all. We assumed that our house would be a house with the white picket fence and 2.5 children. None of that happened. What was done was better – with some work and maybe some luck.

From going to bed to your own popcorn ̵

1; here are 15 marriages I learned in my 15 years marriage totally unprofessional, very subjective opinion and in no particular order.

. 1 Marry a person who makes a great wedding guest.

When I first attended a wedding with Nate, I knew I wanted to marry him. Nate was an otherwise random man who wore scrubs to work. He looked hot-smocked in a suit, made good on my outfit, was merciful to the newlyweds and their family, got drinks for my friends and even turned a grandma on the dance floor.

2 You do not have to pee with the door open.

Being married for more than ten years does not mean that romance should be flushed down the toilet. Otherwise known as "I do not want to see your garbage when I open the bathroom door". I regard the bathroom as a privilege of romance and the time I always need alone.

There is no more popular marriage advice than "do not go to bed madly." But we firmly believe that we're going to bed in a bed. Most of our arguments are insignificant, and we forgot them after a good night's sleep. If not, it is on.

There are many unprofessional opinions about the difficult years in marriage: some say it's the first; Others find that the second year is harsh, just after the first marital blessing expired. I have a friend who swears that all odd years of marriage are terrible. No matter what, but one thing is for sure: some years will just fuck. In our marriage, it is usually not the person, but the circumstance. The year we moved to NYC and did not suck any friends or family nearby. The year my father died. But the good news is that after we went through the hard times, we liked more in the end.

. 5 I do not have children if you do not want them.

I'm almost tired of writing about it but I've received so many e-mails and messages from women who do not want children but feel they must have them because they're married. We also feared having to regret this decision, but after 15 years as a couple we are happier than ever. Your marriage, your choice.

. 6 Traveling together helps to bind.

Travel is one of our favorite hobbies and our marriage is better. We've spent a lot of time visiting places where we do not speak the language, try unique food, and drive a car on the opposite side (Nate) as I navigate through a foreign land (myself). Traveling has taught us to trust each other and rely on each other's strengths. If there is no one in a foreign city to talk to, it will be easier if you like your spouse's company.

I was a terrible fighter at the beginning of our marriage. I was a screamer and a door-hammer, and Nate was calm and communicative. Over the years, I've learned to be a fair fighter which is often emailed – my argumentation platform of choice. Here we can easily express our complaints with well thought out intentions. When we come home from work, it's done – no door slamming.

. 8 Having your own hobbies is urgently needed.

Nate and I spend a lot of time together – mostly because we really love each other's company and hate being separated for a long time. But after those many years of marriage, we've learned that it's perfectly fine to skip a sleepy baseball game or if my husband is not interested in a yoga retreat.

. 9 But asking for something together can be amazing for your marriage.

Nate and I performed our first marathon after being married for almost 15 years, and the whole experience was (almost) as exciting as our wedding. We trained for three months together and cheered us to the last step. Over the years, we've found that trying to tackle a physical challenge together, such as climbing Machu Picchu or jogging a 10-kilometer run, was great for our marriage.

10th It's important to call each other a cheerleader.

I experienced an unfortunate phase in which I decided to start a jam business. Nate had a short-lived passion for making beer. Even if our apartment was not filled with bad beer and jams, we supported each other. More realistic aspirations, such as significant career changes, promotion of our education, and relocation across the country, would never have worked if we were not the other's biggest cheerleader.

Some people like separate checking accounts; others prefer separate bedrooms. I'll share almost everything with Nate, except Popcorn. For years we ordered a huge tub in the cinema and would argue over whether to add butter (him) or not (me). For me, the epitome of Eheluxus is to eat my own tub at my own pace.

12th We may not always be the same and that's fine.

My grandma always told me that no marriage is 50/50. And though I'm grateful to be married to a spouse who works hard and helps look after our home, we're not always the equivalent of housework, income, or responsibility. And as long as this fluctuates over time, that's fine.

. 13 The union of family and friends makes life so much easier.

The beginning of our marriage was the path to three different Thanksgivings and Christmas dinners as our families had no common interests. Today, my mother and grandmother are welcomed to Nate and his family. It makes family time so much happier and easier for everyone. In addition, we were fortunate enough to connect friends over the years. His best friend from high school is now one of my best friends, and my best friends are his.

The simplest measure I have learned in 15 years is to be friendly to each other. Sometimes that's difficult – for example, when I forget to lock the door for the tenth time in a month, or when Nate needs more than an hour to get ready. But we're trying to figure out how to respond to a colleague, if he's made a mistake or forgot a task, and it's easier to treat the person you actually love with kindness.

Nate has a morning ritual called QCOC: it means a quiet cup of coffee; It's his time to read news and sports in complete silence. I am an insatiable reader who appreciates a book and a quiet time. With so much time together, a pleasant silence is a marriage miracle.